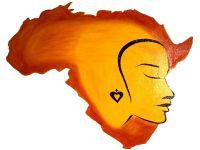 In the past 12 days, the UN has set 2011 as the International Year for Descendants of Africans. For the UN secretary general, Ban Ki-moon, "the event aims to strengthen the political commitment to eradicate discrimination against those of African descent, who are among the most affected by racism, and have been denied their basic rights to quality health and education around the world. The initiative also aims to promote respect for diversity and cultural heritage."

He noted that "the international community has said that the transatlantic slave trade was an appalling tragedy, not only because of the atrocities committed, but because of its disregard for humanity," and said that the center of the celebration activities, is Durban 2001 (Statement and the Durban Programme of Action, reaffirmed at the Durban Review Conference in Geneva in 2009, which urges governments to adopt targets for integration and promotion of racial equity, to assure, in every respect, full integration of those of African descent).

He stressed that "the international community cannot accept that whole communities are marginalized because of their skin color." The Mission of Brazil to the UN said that the celebration of the International Year for Descendants of Africans is "an opportunity to draw attention to the persistent inequalities that still affect this important part of the population."

Reproduced here is a masterful comment followed in response to those who think the UN initiative is unnecessary. Under the slanted argument that it divides the struggle of oppressed people: "I see the initiative as an important policy to combat racism. I believe that governments still do little to eliminate it. Not to mention that they still confuse racism and social exclusion with poverty. It happens that among the poor of all races who are excluded and discriminated against, poor whites are still left with their whiteness as an asset and a value in racist societies like ours. For the poor and black of African descent in general, only victimization is left them from racism" (Francisco Aniceto Site Lima Coelho, 22/12/2010).

"Overcoming racism and xenophobia requires ethical housecleaning" he wrote: "How can we believe in good faith if the government, which claims to support the statute (Racial Equality), refuses to give specific financial backing (Fund for the Promotion of Racial Equality) for the implementation of antiracist policies?

The refusal is a clarification that public resources are regarded as something private, that the ruler at the moment can arrange at his own convenience as he pleases, even to maintain the racist status quo" (TIME, 18/11/2008). Since then, many things happened and the Statute of Racial Equality was approved (16.6.2010). I have not changed my opinion, nor lowered the flag, support without resources is not political a decision, it is rhetoric.

It is hoped that minister Luiza Bairros, of the General office of Policies for the Promotion of Racial Equality (SEPPIR) will have support to deal with the hidden agenda of racism within the government and society. Hopefully it will show the UN initiative as a cornerstone of the process of rebuilding the SEPPIR, highlighting its role in stimulating change in cultural standards, since the unrelenting fight against overt and hidden racism is a problem relevant to the project of a nation that wants to be "a country for everyone." It is impossible to realize the slogan "to keep changing Brazil" without the political will to eliminate racism in a consistent and daily way.