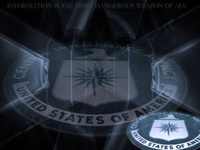 Nathaniel Nicholson, 25, the son of one of the highest-ranking CIA officers Harold Nicholson, who is serving his 24 years in jail for espionage for Russia, was sentenced to five years on probation. The young man dodged a severe sentence because he had been recruited by counterintelligence and agreed to build a new criminal case against his own father.

Harold Nicholson did not give up after his sentence and continued to cooperate with Russian intelligence even during his prison term. Nathaniel was pretending that he was helping his father during that time, although the young man was actually spying on him.

Harold was arrested in 1996 when he was going to fly to Zurich for a secret meeting. According to the FBI, a considerable amount of information was withdrawn from him. Nicholson stated that he had had meetings with Russian secret agents in Malaysia, India, Indonesia and Switzerland to deliver the names of CIA residents and other American spies to Russia.

Afterwards, Nicholson inquired about a possibility to serve his sentence at a federal prison in Oregon. His three underage children, including 12-year-old Nathaniel, were living in the state with their grandparents. Harold Nicholson said that he would not like to stay too far away from his family for such a long time.

In a case that unfolded like a fictional thriller, from 2006 to 2008 the 26-year-old former Army paratrooper traveled the world at his father's bidding to meet with Russian agents - in San Francisco, Mexico City, Peru and Cyprus - to collect payments the father believed were long overdue. It began in the summer of 2006 when the incarcerated Harold Nicholson asked his son to help him contact the Russian government for "financial assistance," a sort of pension for his past work. Nathan Nicholson, then 22, was a student at Lane Community College. Nathan Nicholson was paid a total of about $47,000 by the Russians, The AP reports.

As soon as Nathaniel was arrested, he pleaded guilty immediately and set out a wish to cooperate with investigation.

The 'Russian spies' subject attracted international attention in the summer of 2010. The USA and Russia exchanged spies, the CIA started looking for another agent who supposedly cooperates with Russia, an assistant of a British MP, a Russian woman, was arrested in Britain. The British press wrote that it was probably the first incident, when an MP was accused in spying for Russia. Well, if spies get caught so pompously, then somebody definitely needs that.