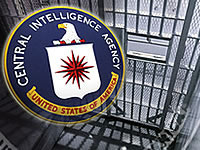 Igor Sutyagin, one of four Russians, who was exchanged within the scope of the US-Russian spy swap in early July, claimed that he was given psychotropic drugs dissolved in cognac during interrogation in Moscow's Lefortovo detention center.

Spokespeople for Russian special services dismissed Sutyagin's claims. "There is nothing strange about Sutyagin launching this PR campaign at this particular time, because he needs to attract attention to himself and develop the subject of the recent spy scandal. The remarks were ordered by those, for whom Sutyagin works," Russian official said.

According to Sutyagin, a former disarmament researcher, who currently lives in Britain, said that the drugs, which he had been given during interrogation in Lefortovo, made him pliable. He also said that he started suffering from memory lapses after the interrogation.

In 2004, Sutyagin worked at the department for foreign political research of the Institute for the United States and Canada of the Russian Academy of Sciences. In the spring of 2004, a Moscow court sentenced him to 15 years for state treason (espionage).

Sutyagin was found guilty of delivering secret data about submarines and missile warnings systems to a British company under CIA's order. The scientist did not plead guilty to the charges.

However, in July of 2010, after the pseudo-spy scandal in the USA, Sutyagin and three other Russians, charged of espionage in the Russian Federation, were swapped for Chapman and Co. All this means that Sutyagin still poses an interest to the West.

Do Russian special services really possess and use the psychotropic drugs? There were many stories during the Soviet times about the KGB, which supposedly started using the drugs during interrogations. Is the situation still the same?

Alexander Kolpakidi, a historian of special services, said in an interview with Pravda.Ru that he did not exclude such a possibility.

"Technically, such drugs could be used against Sutyagin. During the Soviet times, there was the so-called Laboratory X chaired by Dr. Mairanovsky, where they used to make and test the "truth serum." The tests were conducted on military criminals, the Germans, who were especially atrocious during the Great Patriotic War. However, the laboratory was unexpectedly closed at the end of the 1940s, whereas Dr. Mairanovsky was fired. The activities of the laboratory were subsequently used against Comrades Beria, Abakumov and legendary Soviet intelligence officer Sudoplatov.

"All German diversionists, who took part in Operation Monastery in Moscow during 1943-1944, were put to sleep and arrested without a single gunshot. Most likely, all those technologies were lost after Laboratory X had been closed. In 2004, when Russian special services conducted the special operation to release Nord Ost hostages in Moscow, they apparently used sleeping gas of foreign origin - that's why many people died in the siege.

"Special services also used biological substances, which paralyzed victims, making them completely immobile. Such a drug can kill a victim leaving absolutely no traces of violent death. Forensic experts would conclude that a person died of flu, pneumonia, etc.

"As for such substances, I would name one known as "Novichok" ("Newcomer"). This drug triggers artificial biological aging and reduces a person's lifespan catastrophically. There is also a drug known as 2.4-Pyrolo, which develops complete memory loss. There are other variants too. For example, alcohol, when combined with other chemicals, may produce the effects, which special services need. Alcohol and sarin may lead to lethal outcome, experts say.

"Simplified forms of psychotropic drugs were used in Ancient Rome. They used to follow "In vino veritas" principle there - "In wine there is the truth". The legendary Sigmund Freud believed that the sleeping underconsciousness can be awakened with the help of cocaine intoxication. Such substances are still used in the West. A trial in San Francisco of January 3, 2000 proves that. Two years before that, in 1998, human rights activists launched unprecedented proceedings regarding the problem at the European Court of Human Rights.

"Modern science refers to the method of obtaining truthful testimony with the help of chemical drugs as "narcotic analysis". The testimony obtained under narcosis is not considered evidence of confession, though. Such actions are not prohibited either, because their results give investigators an opportunity to find other ways for obtaining confession.

"The idea to use narcotic substances for special services appeared in medicine. When using narcosis as anesthetic drugs in child labor, medics noticed that women would often reveal the secrets which they would never even think to unveil in other circumstances.

"The USA pioneered in the use of psychotropic drugs. In 1922, Texan doctor Robert E. Haus, the father of the serum of truth, wrote an extensive article about the use of scopolamine in criminology. The scientist concluded that the use of the substance was a sure-fire way in obtaining necessary testimony. An injection of scopolamine makes a person speak the truth like a baby - straightforwardly, without making any attempts to conceal anything.

"In the States, they also used local unique drugs such as mescaline, a narcotic derived from peyote, a Mexican cactus. The legendary Carlos Castaneda made a name for himself on mescaline. Mexican Indians used peyote to publicly declare their misdeeds. Nazi scientists subsequently established as a result of experiments in concentration camps that mescaline makes a human being lose their will and loosen their tongue.

"The Americans use marijuana during interrogations too, as it happened in the case of Augusto del Garcio who narced out New York crime lord Lucky Luciano under the influence of marijuana. In 1970s, the CIA conducted experiments with psilocybin mushrooms and even curare poison.

"They used such drugs against Russian special services too. For example, they did so in the kidnapping of KGB officer Yuri Nosenko in February of 1964 and KGB Colonel Vitaly Yurchenko in 1985 in Rome.

"The most important evidence to prove the use of psychotropic substances in "the land of the free" is the "KUBARK Counterintelligence Interrogation" manual, which was declassified in 1997. The manual was used by CIA counterintelligence from 1963 to 1985. According to the document, US special services used such methods as disrupting human biorhythms, threats, physical violence, hypnosis and narcotics.

"The USA used such methods in all armed conflicts in which the country was involved. Now look at what they do to Guantanamo prisoners. To crown it all, The Washington Times wrote in 2001 that US federal courts could approve the use of the serum of truth in the search for Bin Laden.

"Therefore, it does not seem appropriate for Americans or British to stir hysteria about "brutal Russians using inhuman methods for obtaining confessionary statements," the historian said.