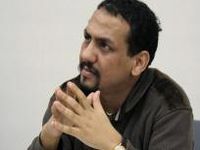 Amnesty International appealed to the Moroccan authorities to release "immediately" and "without conditions" the Saharawi human rights militants held in Salé (Morocco).

The three Saharawi militants: Brahim Dahan, Ali Salem and Ahmed Naciri Tamek, whose trial began yesterday, Friday, but was postponed until the 5th of November, were arrested in October last year, following their visit the Saharawi refugee camps in southern Algeria and the liberated territories of RASD.

All are accused of "attacking internal security and national integrity."

"It is truly unacceptable that the Moroccan authorities accuse these seven people, among whom are prominent human rights advocates and former victims of forced disappearance, for having visited freely and without secrets the refugee camps and met with members of Polisario Front," said the Director of Amnesty International's Middle East and North Africa section, Malcolm Smart.

"Brahim Dahane, Ali Salem and Ahmed Nassiri Tamek are in prison for over a year for actions that represent only the peaceful exercise of their right to freedom of expression and association. The charges against them have demonstrated a clear political motivation and should be immediately withdrawn. These processes should not proceed," said the man in charge of AI.

These seven Saharawi human rights defenders, soon after their arrest, were presented to a military court which declared itself incompetent to hear the case only on this last 25th of September. The issue moved to the Criminal Chamber of the Court of Casablanca.