China and Japan on verge of war for islands 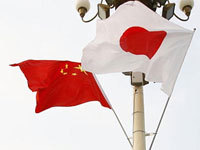 After the incident with the detention of the Chinese trawler near the disputed Senkaku Islands (Diaoyu) by Japanese Coast Guard, the relations between Beijing and Tokyo are strained to the limit. China suspended all inter-governmental contacts with Japan. Beijing has also announced a freeze on negotiations with Japan regarding the expansion of air service.

On September 7, Chinese fishing trawler went into the disputed waters in the East China Sea and was detained by the Japanese military mariners. Under pressure from Beijing, the Japanese released the crew of the ship, but held the captain under investigation.

Tokyo officials said Beijing did not notify them about freezing of the negotiations and called on the Chinese side not to aggravate the conflict.

The conflict between China and Japan surfaced back in the late 1960s - early 1970 after rich deposits of hydrocarbons were discovered on the Senkaku Islands. Territorial claims against Japan were simultaneously put forward by the Communist China and its rival, the Kuomintang in Taiwan. They referred to the fact that until 1895, these islands belonged to the Chinese side for hundreds of years.

What are the prospects of this incident in light of the already difficult relations between China and Japan? And most importantly, who will get the "islands of contention?" Pravda.ru asked Alexandra Kulanova, a member of the Association of Japan Studies, to share her comments.

"I do not see any prospects for development of this scenario. The fact is that now both China and Japan are equally dependent on each other economically. Tokyo is very interested in the development of industrial production in the Chinese territory, while Beijing sees Japanese investment as very beneficial. In this regard, Japan can "smooth" parts of the conflict, and China will accept it and would not implement its threats into practice.

The problem of the Senkaku Islands seems to be similar to that with the Kuriles. The difference is that Japan treats the Kuril issue appealing to the "trampled national dignity." Here, Beijing tries to remind Tokyo that in 1930-40s it was the aggressor and this is why this archipelago is still under Japanese control.

As for the prospects of the dispute, Japan is not going to give up control over the archipelago. For example, the Japanese are specially breeding corals to increase the area of the islands. After all, it is not just about owning a few rocks in the sea, but who will develop the existing shelf rich deposits of oil and gas.

However, much will depend on further economic development in the two Asian giants. In recent years, China began to push forward. But Japan has too many trump cards like one of the world's largest gold reserves. In turn, China has a significant political asset as a permanent member of UN Security Council. Most likely, in the future the development of political speculation around these islands with no clear solution to the problem will continue."