The spy scandal between Russia and the U.S. continues. The Americans allegedly revealed a twelfth “Russian spy.” This strange story began at the end of June. Then the U.S. Department of Justice announced the disclosure of the Russian spy network consisting of ten people. Most of them lived in America under false names. Another person involved in the case was arrested in Cyprus at the request of the Americans. However, the authorities have found it possible to release him on bail, and he left the island. 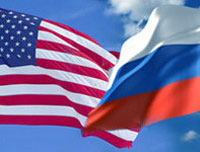 According to the American Ministry of Justice, the group was going to penetrate the United States government agencies and find out all information about the participants of the local presidential race. The agents allegedly were hoping to get to Hillary Clinton herself. The intelligence officers reportedly used Morse code and invisible ink to communicate. They are told to have sent encrypted messages via e-mail.

In addition, the agents, according to the Americans, were engaged in money laundering. This is a strange accusation because it clearly has nothing to do with intelligence activities.

American intelligence agencies rushed to explain that they had been watching the suspicious people for over eight years. However, in the end it turned out that there were no specific allegations in terms of espionage. The intention was to lock them up solely for money laundering. What was the point in the eight-year surveillance then?

This leads to other questions to the American “trackers:” Why use Morse code in our time? Would a real agent send messages via e-mail that can be seen by anyone any time? And why would they collect information about the U.S. presidential candidates through secret channels, when it is in the public domain?

In early July, the names of the detainees were announced officially. Almost all of them are Russian citizens. They are: Michael Kutsik (who, according to the Americans, had a fake passport in the name of Michael Tsotolli), Natalia Pereverzeva (Patricia Mills), Vladimir and Lydia Guriev (AKA - Richard and Cynthia Murphy), Andrei Bezrukov (Donald Heatfield), Elena Vavilova (Tracy Foley) and Michael Vasenko (Juan Lazaro).

Three people lived in the U.S. under their own names. They include a Peruvian citizen and Vasenkov’s spouse Vicky Pelaez, and two Russians, Mikhail Semenko and Anna Chapman. The last two individuals are young people who are unlikely to have significant experience of intelligence work and cause enormous damage to American security. This gave the story a comical touch.

The Western media have relished the details of the life of 28-year-old Chapman, Kuschenko by maiden name. She legitimately married a British citizen Alex Chapman. She quickly divorced him, but kept the name of her former spouse and a British passport (now revoked by the decision of MIA UK). She moved into the U.S. a couple of years ago. Her striking appearance and luscious red hair earned her the nickname “Agent 90-60-90.”

Her former husband started talking about the “sex bomb’s” intimate life. He did not forget to mention that his former wife wanted to meet with British Princes William and Harry. We could only guess what this has to do with the intelligence activities against the United States.

Early last week the Russian leadership made a decision to grant pardon to four men sentenced for long terms in prison. They included Gennady Vasilenko and Alexander Zaporizhzhya charged with spying for the U.S., as well as Igor Sutyagin and Sergei Skripal charged for working for Britain. At the initiative of the Americans it was agreed to exchange them for the Russians detained in America.

On July 9, the exciting exchange “ten for four” took place in Vienna. The Russians arrested in the U.S. went home, while Peruvian Vicky Pelaez went to her home in South America. Vasilenko and Zaporizhzhya were given shelter in the States, and Sutyagin and Skripal - in Britain. It seems that the story could end here.

On July 13 a message was received from the United States regarding the detention of the “twelfth agent,” 23-year-old Alexei Karetnikau. He graduated from college only a year ago, and worked at the Microsoft as a software tester. He came to the US less than a year ago, and lived in the city of Redmond near Seattle, under his own name. How such a young man could harm U.S. security, if he did not possess any secret information?

Strictly speaking, this time no one tried to formally charge him with espionage. Authorities reported that Karetnikau violated immigration laws; therefore he will be soon deported from the United States. Even if this is the case, what was the point in equating his work to espionage? Immigration violations and intelligence activities are different things.

Who started this spy circus? Who benefits from identifying new “agents”? Experts shared their opinions with Pravda.ru.

“It is clear that the Obama administration deliberately chose time to start the scandal,” said Pavel Zolotarev, deputy director of the Institute of USA and Canada. “This was done deliberately, after Dmitry Medvedev’s visit to the U.S. On the other hand, the incident can be considered a blow to Obama, who is sharply criticized by Republicans.

"Perhaps the main aspect here is something different. The so-called spies pretended to conduct some sort of intelligence activities, but in fact used it as a cover for conducting a different kind of work, for example, money-laundering.

"However, I do not think that this scandal has long-term consequences for relations between the two countries. Moscow and Washington quickly localized it. And it shows that the detainees did not do much damage to the U.S.”

“These people not only do not look like spies, they don’t even seem to be good enough for the agents of influence,” says Konstantin Sivkov, first vice-president of the Academy of Geopolitical Issues. “After all, who is an agent of influence? The one who has more or less serious socio-political significance implanted into the higher state agencies of another country. It is simply ridiculous to consider someone like Anna Chapman to be such an agent, same with the last of the detainees, who clearly had no access to classified information.

It is noteworthy that almost all of them were charged with money laundering. What kind of spies would expose themselves to such criminal deeds, thereby putting in jeopardy the alleged primary task of intelligence management? It is not ruled out that some not particularly honest Russian officials used them to launder money.

Perhaps Washington is demonstrating the determination to take extreme measures against the Russian elite, some of which laundered and are still laundering money in the U.S. through property acquisition. Namely, confiscate the property and funds in favor of the state budget, as it was done with a large part of property and funds of most detainees.”

“The way we came out of this scandal shows that good relations have been built between the U.S. and Russia,” said Sergei Markov, a member of the State Duma and political analyst. “The scandal did not occur in the format of geopolitical strife, like it used to. This time it seemed like a small fight between a husband and wife who tested each other with text messages.

There is another result, which is strengthening of Obama’s position. Some of the representatives of the American elite wanted to make him abandon the “reset” of the the relations with Russia by inflating a spy scandal, but his subsequent reaction clearly indicated that this has not been achieved.

As a result of this scandal, our human rights movement has grown stronger. It cleared itself from fake defenders working for the CIA money. Let me remind you that it was the Americans who offered us to exchange our detainees for Sutyagin. Many pro-Western human rights activists tried to present them as innocent victims of “bloody regime.” Now, however, it became very clear that they all worked for foreign intelligence services against Russia. “