On July 1st, Barack Obama approved the introduction of additional sanctions against Iran. The president hopes that the USA’s new sanctions will strike Iran at the heart of its nuclear program. 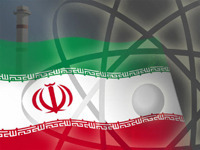 The US Congress prepared the package of additional sanctions at the end if June. The sanctions restrict cooperation with enterprises servicing the needs of the Islamic Revolutionary Guards Coprs., which Washington previously announced a terrorist organization. From now on, US financial structures will not be allowed to cooperate with bank structures of other countries working with the Iranian Guards.

The document also stipulates the total ban of the export of petroleum products to Iran and a whole list of penalties for those who violate the ban. Iran, being one of the top producers of oil, receives petrol and aviation fuel from abroad.

Obama stated that the package of sanctions, which he had signed, was the toughest, which the Congress had ever approved against Teheran. Obama said that he was against such strict measures, but Iran’s stubbornness about its nuclear program forced him to revise his previous stance.

The US administration, Obama said, would like to teach Iran a lesson. “It's a punishment to teach them a lesson to know how to have a dialogue with nations,” he said.

However, the USA is not going to burn bridges in its relations with the Islamic Republic.

"To date, Iran has chosen the path of defiance," Obama said at the signing ceremony, where he accused Tehran of spurning offers for dialogue.

"The door to diplomacy remains open. Iran can prove that its intentions are peaceful. It can meet its obligations under the [nuclear non-proliferation treaty) and achieve the security and prosperity worthy of a great nation," Obama said.

What is the point of extra sanctions? In June, the UN Security Council introduced extensive financial and military sanctions against the nation. On June 9, the Council extended the list of legal entities and natural persons that must be treated with greater precautions. The list includes the head of the Iranian Atomic Energy Organization Jawad Rahiki, 22 state-run and private organizations, including universities, 15 firms connected with the Islamic Revolution Guards Corps., and three other companies.

In addition, the Security Council allowed UN members to block the accounts of natural persons, Iranian citizens, ban the opening of branch offices of Iranian banks abroad, conclude transactions with Iranian banks, and any other financial operations on their territories in case there is a suspicion that they could be linked with the nuclear program.

Iranian President Mahmoud Ahmadinejad stated that no sanctions would make his country change the course to realize the national nuclear program. He said that the sanctions were useless and compared them to flies.

"These (U.N.) resolutions have no value...it is like a used handkerchief that should be thrown in the waste bin. Sanctions are falling on us from the left and the right. For us they are the same as pesky flies...We have patience and we will endure throughout all of this," he said.

Iran has not been able to convince Washington of the peaceful character of its nuclear program. Russia stood strongly against the USA’s and EU’s sanctions against Iran on June 9. Russia’s Foreign Affairs Ministry stated that such sanctions were unacceptable.

Foreign experts believe that the sanctions would cause damage to Russia’s interests too. Nevertheless, the USA had its own way again to demonstrate its determination against Iran, without anyone else’s support.

Will the new measures be effective? It goes without saying that Iran may have hard times once it has no fuel. However, will Teheran’s previous partners be willing to terminate mutually beneficial cooperation with the Islamic Republic?

US experts believe that Iran will never stop its nuclear program, and no sanctions would make the nation scrap up the program.