The now infamous Deepwater Horizon oil rig exploded, tragically killing 11 workers, on April 20. Amid the understandably growing tension over the looming environmental catastrophe, the arguments and incriminations now predictably center around money and where a lot of money is involved, common sense is sometimes elusive. 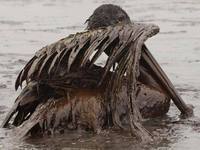 Making sense out of the Gulf of Mexico oil spill, first and foremost, the tragedy is the loss of the lives of the eleven workers on the Deepwater Horizon rig, the tragedy is the growing list of casualties in the animal world, including dolphins, turtles, birds and the entire ecosystem along the four US Gulf States and the tragedy is the livelihoods of the thousands of people in the area who make a living from the sea. If Hurricane Katrina was Mother Nature’s scourge, this is Mankind’s follow-up. And how.

The main slant in the media these days, however, is soured relations between the USA and UK and how terrible any US backlash against Britain’s largest company, BP, will be for shareholders (the company’s stock has lost 40% of its value since April 20) and for pensioners in the UK in general, since the majority of pension funds are linked in some way with the energy giant.

Making sense out of the Deepwater Horizon disaster, which is spewing some million liters of crude oil per day into the Gulf of Mexico, it is obviously not about some spat between Washington and London or anti-British sentiment among the American people. After all, BP is no longer called British Petroleum, but “BP” simply because it is a vast multinational which operates on a continental scale, employing thousands of people in the USA as well.

Making sense out of the worst ecological catastrophe to hit the United States of America, ever, it is obviously not about blaming BP’s CEO Dr. Tony Hayward for the disaster.

What it is about is why it has taken BP so long to do anything concrete to reverse the problem, why almost two months later substantial quantities of oil are still belching out into the Ocean (meaning that the problem is still going to get far worse before it even stabilizes, let alone getting better).

The frustration felt in the United States of America was probably fuelled by Dr. Hayward’s lackadaisical approach to the crisis, giggling on Sky News just before he announced that the effects of this disaster were “relatively modest” and “very, very tiny”. Try telling that to someone who has invested their life savings and years of hard work into building up a company, doing everything by the book and then seeing his/her family’s livelihood washed away with every oil-laden, stinking wave the tide brings in.

The frustration felt by President Obama is equally understandable, due to the fact that his Administration is expected to deliver something to protect the country’s citizens. But what? And how? For its part, after Dr. Hayward’s insensitive comments, BP engineering teams have been working overtime trying to come up with a solution, BP has agreed to meet the compensation claims from businesses and individuals, has made information available to journalists and has set up a wildlife emergency response unit and information centers for people to report oiled birds and animals.

The crux of this matter, however, lies in what few people are mentioning, in something that has eluded all those who have written about the issues above: the risk assessment policy adopted by the contractor (BP) and the party which opened the tender, ultimately the responsibility of the US authorities at the time the tender was launched.

Why were contingency plans not in place for the eventuality of a damaged shaft? How honest was BP when it declared its emergency response capacity? How stringent were the US authorities in checking the tender through, point-by-point?

And surely, an engineering system which implements a series of cut-off valves at different places in the shaft which can be triggered when such an emergency occurs would not only be propitious, but plain common sense?