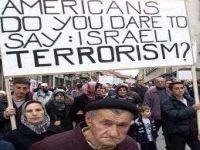 Secret documents from South Africa show that Israel tried to sell nuclear weapons to the African country during the apartheid era, setting itself as the first official document which shows that the Israelis have nuclear weapons, reported the British newspaper The Guardian.

The documents in question, the paper says, are minutes of meetings between members of the two governments held in 1975. In the minutes, the defense minister of South Africa at the time, PW Botha, asked about the warheads and the then Defence Minister of Israel, Shimon Peres, offered the weapons "in three sizes" - referring to conventional weapons, chemical and nuclear weapons. Shimon Peres is the current Israeli president.

The two ministers also signed a military cooperation agreement between the two countries, and the agreement itself contained a clause which stipulated it should be kept secret. According to the British newspaper, the documents were discovered by American researcher, Sasha Polakow-Suransky, who studied the relationship between Israel and South Africa and wrote a book on the subject.

The document is the first real evidence that Israel has nuclear weapons, despite its policy of neither confirming nor denying it has such weapons. Furthermore, the revelation makes a double diplomatic embarrassment for Israel. The first is that a possible Israeli argument would collapse if it had nuclear weapons, and for a "responsible" country it would be enough to just maintain them, but it tried to sell the arsenal to another country.

The second is that this week there will be discussions on UN sanctions against Iran - a country that is an adversary of Israel - because of the Persian country's nuclear program. Israelis are among the countries pushing for more sanctions.

The meeting minutes also show that the South African military wanted to obtain nuclear weapons to have a deterrent or even for potential conflicts with neighbors.