An “information bomb” has exploded in Tehran. The heads of foreign policy departments of Iran, Turkey, and Brazil signed an agreement that have been long awaited by the world in light of the situation around the Iranian nuclear program. According to the document, Iran will transfer approximately 1,200 kilos (2,646 lb) of low enriched uranium (up to 3.5%) to Turkey from the reactor located in the city of Natanz. 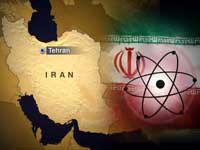 Meanwhile, Russia and France will process the same amount of their own uranium into 120 kilos of highly enriched fuel (up to 20%) to give it to Turkey later. Turkey, in its turn, will send the fuel to Iran.

The agreement also stipulates that the international community will be entitled to inspect Iran’s nuclear objects to make sure that no works aimed at creation of mass destruction weapons are conducted.

The agreement was the result of eighteen-hour negotiations mediated in Teheran by Brazilian President Luiz Inacio Lula da Silva. After he managed to convince his colleague Mahmoud Ahmadinejad that the deal was indeed a great one, Turkish Prime Minister Tayyip Erdogan flew to Tehran. The three ministers then signed the document. Iran stated that it will inform the International Agency for Atomic Energy (IAAE) about the deal.

The deal is an altered project offered to Iran by Russia, France, US and IAAE in October of last year. According to the project, the Iranian party was to give its low enriched uranium to Russia. France was to produce nuclear fuel and transfer it to Iran via Russia. However, Tehran insisted that the uranium swap should be held on Iranian territory, and the plan was rejected.

Commenting on the agreement, Mahmoud Ahmadinejad said it was the basis for a dialogue between the six international mediators, including Russia, US, China, France, Great Britain and Germany. He said that after signing of the agreement on nuclear fuel swap, it was time to start negotiations based on trust, fairness and mutual respect between the six countries.

Turkish Foreign Minister Ahmet Davutoglu openly stated that the international community had no reasons to introduce new sanctions against Iran. He said that the signing of the agreement in Tehran has overcome a serious crisis and dispersed concerns regarding Iran. He added that the swap deal signed by Iran demonstrated Tehran’s intentions to open a constructive path, which means there were no grounds for new sanctions and pressure.

Brazil representatives said that the deal has opened a path to a peaceful solution of the Iranian nuclear issue. Brazilian President Lula da Silva said that he thought the diplomacy had won. He added it was impossible to conduct policy without trusting relations.

The head of the Brazilian Ministry of Foreign Affairs agreed with him, saying that while the agreement would not solve all nuclear issues, it will be the key to extended discussions that will increase trust of the world community and let Iran use its legitimate right to use nuclear energy for peaceful purposes.

As for Russia’s reaction, Dmitry Medvedev talked about it during his visit to Kiev. He called the deal“interesting information” and stressed that it was a chance to solve the Iranian issue peacefully, which was always Russia’s position.

At the same time, Medvedev cautiously welcomed the agreement and said that the agreement may not be sufficient. Despite the agreement to swap low enriched uranium, Iran can still continue its nuclear program and attempts to enrich uranium on its own.

The West was skeptical about the deal. A representative of the French Foreign Affairs department said that solving the issue of the research reactor does not solve the issue of the Iranian nuclear program. He added that the agreement will not stop enrichment of uranium or construction of a reactor.

Robert Gibbs, the official representative of the White house, had similar reaction. He said that Iran had to live up to its international obligations or face sanctions. He added that the US would want to solve the issue diplomatically, but concerns remain.

Israel was also critical about the deal. Prime Minister Netanyahu’s office released a statement that said that Iran, most likely, lied to the world community. It said that the Iranian party took advantage of the Brazilian President’s trust and cheated, using his lack of experience.

Nonetheless, the agreement signed in Tehran may become a key to the solution of the Iranian issue. It can only happen if all interested parties will be willing to negotiate. Considering statements of France and the US, the West is not ready to mitigate its position regarding Iran. But Iranians have not done everything to eliminate the concerns, and France, the US and even Russia who always opposed tough measures against Tehran, openly talk about it.