Army chiefs of the Russia-NATO Council will gather for a meeting in Brussels on May 5th. The Russian delegation at the meeting will be chaired by General Nikolay Makarov. Russia’s Ambassador to NATO Dmitry Rogozin said the officials will discuss questions of military cooperation and most acute military and political issues that exist today. The deployment of the new US missile defense system in Europe is not included on the agenda of the meeting. 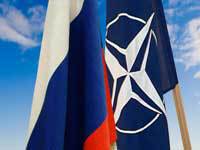 There is no point in discussing the problem of the US missile defense system in Europe at present moment, Rogozin believes. “As a matter of fact, it is only the USA and Russia that possess the technologies to intercept ballistic missiles. Several NATO members offer their territories to the USA to deploy either radar stations or interceptor missiles there, there is nothing else that they can do to become a part of the system,” the official said.

European members of NATO do not have the required technologies to intercept all kinds of missiles. Therefore, it would be inappropriate to have them involved in the US-Russian dialogue on the matter.

As for NATO’s new doctrine, which is to be unveiled in November, the committee of the block with Madeleine Albright at the head was to present the project of NATO’s future development by May 1st.

Russia stands strongly against the development of the North Atlantic Alliance into a global block similar to the UN. However, this is exactly how many NATO officials see their future.

NATO’s relations with Russia directly depend on how the alliance sees its future.

“Russia and NATO will have to decide whether we are adversaries, competitors or partners,” Rogozin said.

A Pravda.Ru correspondent asked Dmitry Rogozin how Ukraine’s and Georgia’s Euro-Atlantic perspectives are going to change after the change of power in Kiev.

“The fact that Russia and Ukraine agreed to prolong the deployment of the Russian Black Sea fleet in Sevastopol means that Ukraine does not harbor plans to join NATO. The majority of Ukrainians do not support the idea, and this is how Viktor Yanukovych found himself in the president’s office,” Rogozin said.

It is hard to predict what is going to happen after 2042 when the agreement expires.

Unlike Ukraine, Georgia still wishes to join NATO. However, Georgia’s future at NATO is rather vague, the Russian diplomat believes. Georgia does not have the universally recognized borders, which is a very important reason to lose all chances for NATO membership. However, Estonia and Lithuania joined NATO in 2004, although the two countries had not signed the border agreement with Russia. The situation with Romania is the same – this country does not have generally recognized borders with Moldavia.

“Georgia can not be a NATO member for one simple reason: NATO will either have to recognize the independence of South Ossetia and Abkhazia or they will have to take Georgia’s old borders, which include the two republics. This is a dilemma that can hardly be solved. I believe that Georgia does not have a perspective to become a NATO member for the time being,” Rogozin said.

The correspondent also asked Russia’s Ambassador to NATO about the possible NATO membership for such countries as Finland, Sweden, Austria, Switzerland and Ireland. The armies of these countries participate in NATO drills on a regular basis.

“We carefully observe the political processes in these countries. For example, there are organizations in Finland that support the nation’s incorporation into the alliance. However, the countries have never made any official moves in this direction. At the same time, the Finnish and Swedish armies operate in accordance with NATO standards. Technically, there are no obstacles for them to join the alliance,” Rogozin said.

“The public opinion in Finland, Sweden and Austria does not support the idea, though. Austria is surrounded by EU and NATO members – does it feel threatened by anything?” the official continued.