Blowback: Legacy of the CIA in Iran, Afghanistan and Pakistan

The least we can say is that in Iran, Afghanistan and Pakistan the U.S. reaps today what the CIA planted with the help of people like Congressman Charlie Wilson. Osama Bin Laden was trained by the CIA to attack the Russians, liked it and then attacked the World Trade Center in New York. And the bombs in Pakistan (real) and Iran (hypothetical) are due, at least in part, to the same courtesy of the CIA. The current situation of these three countries reflects the past irresponsible behavior of U.S. intelligence. An article by Argemiro Ferreira. 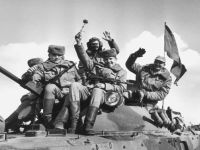 Blowback: Legacy of the CIA in Iran, Afghanistan and Pakistan

The image of the hero on the white horse to save the girl from the clutches of the villain, be it a bank robber or Indian in defense of their invaded lands, is recurring in the fiction of Hollywood. Representative Charlie Wilson died, aged 76, on 10 February, some consider him a hero in real life. Reason: Congress poured billions of dollars to finance those who fought against the Russians in Afghanistan.

When he died of a heart attack, Wilson was already retired. But he represented Texas for 14 consecutive terms in the House. A book ("Charlie Wilson's War - The Extraordinary Story of the Largest Covert Operation in History" by George Crile), and a movie ("Charlie Wilson's War" by Mike Nichols with Tom Hanks in the title role) portrayed him as a hero .

The week also marked the 31st anniversary of the revolution of the ayatollahs of Iran, which occurred just a few months before the invasion of Afghanistan. Iranians overthrew the regime of Shah Reza Pahlavi, installed in 1953 through the coup planned by the same CIA that used the secret funds provided by Mr. Wilson to recruit and arm Islamic radicals on the Pakistani side of the border with Afghanistan.

The least we can say is that in Iran, Afghanistan and Pakistan the U.S. reaps today what the CIA planted with the help of people like Mr. Wilson. Osama Bin Laden was trained by the CIA to attack the Russians, liked it and then attacked the World Trade Center in New York. And the bombs in Pakistan (real) and Iran (hypothetical) are due, at least in part, to the same courtesy of the CIA.

The current mess in Afghanistan (largely in the hands of Islamic radicals used by the CIA from 1979), Pakistan (where the CIA set up camps to attack the Russians in the neighboring country and encouraged the dream of a Pakistani Islamic nuclear bomb) and Iran (which now refuses to abandon uranium enrichment) reflects the past irresponsibility of U.S. intelligence.

In Iran, the CIA coup installed the Shah in place of the nationalist premier Mohammed Mossadegh, annulled the nationalization of oil and held a lavish coronation in 1967 imposing the fiction of the "throne of 2,500 years." The Anglo-American corporations earned more than a quarter century to explore oil from Iran since the CIA had devised a dark SAVAK, the secret service celebrated by torture chambers.

Also in the 1950's Iran was awarded by the government of President Eisenhower with a very special relationship - which included an "agreement on nuclear cooperation for peaceful purposes," leaving the country with some basis for, following the revolution of the ayatollahs, frightening the U.S. with its willingness to expand its nuclear program and head for the enrichment of uranium.

Submissive to the Iran of Reza Pahlavi, nothing was too good: in addition to promoting nuclear development, Washington endowed the country with sophisticated weapons and modernized the machinery of repression - all paid for with oil revenues, which regaled the U.S. war industries, aeronautics, nuclear and security. Only today, taken by the rebels radicalized in the torture chambers, Iran is different.

So the shah of Iran was the creature of the CIA in late 1973. President Nixon concluded that no one was better to be ambassador to Tehran than the actual director of central intelligence agency, Richard Helms - "because of his intimacy with the Shah," he said. It was also the final post at the end of a successful career in the CIA, led by Helms for nearly seven years, before the three that passed in Iran.

With the contribution of Representative Charlie Wilson, a fanatic anti-Communist, the Afghanistan-Pakistan chapter was even more lively, exciting and unusual - or "colorful", to use perhaps the most appropriate adjective for the conduct of the eccentric parliamentarian when he was not "saving the world" from the supposed "red menace" he devoted himself to alcohol and drugs with luxury prostitutes.

He was obviously delighted with the reports of the book and the movie that made him a celebrity. His role may have made him aware of the unique nuances of the legislative process in the House, where the committee for funding (appropriations) was being integrated with his subcommittee on foreign operations - that cultivates contacts on the commission that supervises espionage.

He was not only familiar with mechanisms and devices to conceal the allocation of resources.He also turned out to be a master in exchanging for favors with interested colleagues to garner funds for projects in their constituencies. Certainly experts find that today would present more difficulties: the legislative process has been reformed after reducing - in the name of transparency - the practice of secrecy.

The fact is that Wilson began to channel a budget of $5 million for the radicals in Afghanistan. And that in the late 1980s, those funds amounted to nothing less than $750 million per year. It may have helped to belong to the opposition party (Democrat) in a decade dominated by Republican administrations (Reagan and Bush I) bent on further extending U.S. military actions around the world.

In Afghanistan and Pakistan, it is remembered today, was a bipartisan mess - due to become a trap of the government of Democratic President Jimmy Carter. His national security adviser in the White House, Zbigniew Brzezinski, confessed 20 years later to have attracted the Soviet Union to the idea of invading Afghanistan. The invasion came on 24 December 1979, after six months of increasing aid to the CIA radical rebels.

In an interview with French magazine "Nouvel Observateur" in 1998, Brzezinski boasted of his role, "Carter signed on July 3, 1979 the first directive (the CIA) for covert aid to opponents of the pro-Soviet regime in Kabul. "That day I had sent a note to the president in which I explained that, in my view, American aid would lead to a Soviet military intervention."

When asked if the illegal clandestine action of the U.S. had intended to provoke the Russian invasion, Brzezinski softened, "We did not provoke the Russians to invade, but consciously expanded the likelihood that this would occur." On the day the Russians crossed the border, he said, again when writing to Carter: "We now have the opportunity to give the Soviets their Vietnam."

So Brzezinski objected to the Republican argument that attributes to Reagan the "glory" for the end of the USSR. "For almost 10 years the USSR was involved in an unbearable bitter war - a conflict that brought about the demoralization and finally the dissolution of the Soviet empire," he alleged. But the exaggeration is comparable to the merits of the Republican. The outcome, after half a century, was due to the two parties and many others - including those who erred in the USSR itself.

The current evaluations try to ignore the negative effects of the actions of espionage. While financing, training and arming the roots (even with Stinger missiles, capable of destroying aircraft in flight) the CIA realized their extreme ambitions in baptizing the radicals who they called "freedom fighters." Today they repudiate them as "terrorists", indifferent to the fact that the CIA taught them to think the unthinkable - how to attack the heart of the American empire.

With the Russians out of Afghanistan, the U.S. left the country for the radicals that the CIA graduated in terrorism. With weapons like the Stinger, the Taliban took power and stayed until 2001. Bin Laden, Saudi-born, still runs al-Qaeda from there, which operates throughout the world from Afghanistan. And the CIA is still trying to "buy back" the Stingers, but does not know how many are distributed - the estimate is FROM 500 TO 2,000.

Mr. Wilson, instead of a hero, was an accomplice of the intricacies. The book and film say that they acted with the assistance of the CIA. The USA and its agency are to blame for further pursuing a promiscuous relationship with the Pakistani dictator General Zia-ul-Haq, who in turn supports the operation on the Afghan border and got the green light giving carte blanche to the builder of the Islamic atomic bomb, the Scientist Abdul Qadeer Khan.

In the unfolding, the revenue from the A-bomb in Pakistan ended up in Iran, North Korea, Libya and perhaps others. Thus, in addition to the war on terrorism (without borders), "in Afghanistan and the fight against those who were before called "freedom fighters" by the U.S. today has to watch Dr. Khan, the secret service (ISI) of Pakistan, the nuclear progress of Iran and North Korea and who knows-what-more-there.

The CIA itself has adopted the term "blowback" to describe the opposite effects to what is intended in each of its clandestine operations. The word first appeared in the secret report on the 1954 CIA coup in Iran. The "blowback" to the overthrow of Mossadegh was 25 years of tyranny and revolution (anti-American) of the ayatollahs. In Afghanistan the attacks of 9 / 11 in the U.S. tend to be a greater example.

Pictured are the real heroes of Afghanistan, who tried to assist the only stable, just, democratic and progressive government ever in place in Afghanistan. At least in those days, there was the wisdom to construct an exit strategy.