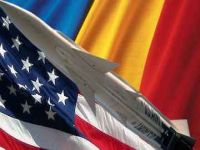 Romanian authorities have taken American missile 'interceptors' on their territory, the country's president Traian Basescu, announced 4 days ago. After the Obama administration had given up last September on the controversial missile shield plan the team of his predecessor Bush wanted to install in Czechoslovakia and Poland, behold, the White House revamps the project and has already obtained the acceptance of Romania.

Secondly, Traian Basescu revealed, 'Romania was officially invited by President Barack Obama to participate in the missile defense system. (...) We welcome your medium-range ground interceptor missiles on our soil, which should be operational in 2015. "

The new administration also reinvented justification for the project. As Bush said, “it is protecting American troops in the region and NATO countries against 'the current and emerging threats of ballistic missiles from Iran," said the spokesman for the State Department in Washington, Philip Crowley.

The Romanian president also made a point to emphasize that "this system is not directed against Russia", alluding to the Kremlin's strong protests against the earlier project, which he considered more like a new gun for their territory than against a 'threat' of Iran.

However, neither the Romanian or the American declarations nor the fact that the device will be further removed from the borders of Russia prevented the Russian government to indicate their disapproval. "This is a serious issue that will arise with our American and European partners," said the Russian Minister of Foreign Affairs, Sergei Lavrov.