US Defense Machine Bites into Russia's Back

Russia would like the USA to explain the plans about a possible deployment of missile defense system elements in Eastern Europe, particularly in Bulgaria and Romania. 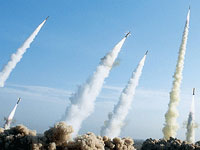 US Defense Machine Bites into Russia's Back

Bulgarian Prime Minister Boiko Borisov stated February 12 that the Bulgarian government was in talks with the US administration about a possibility to deploy missile defense system elements on the territory of the European country. The PM stated that he supported such a possibility.

“When your country is a member of NATO, we will have to work on joint security,” the Bulgarian prime minister said.

The official added that he would not be personally in charge of making an adequate decision.

“We are waiting for a response from the European Commission and from the Bulgarian parliament,” he said.

The Bulgarian media have recently written that US Patriot missiles could be deployed near the town of Shabla. It was also said that logistics support centers and command centers for SM-3 interceptor missiles would be built in the country too.

It seems that the US defense machine is making its way into the Black Sea area.

US Ambassador to Bulgaria James Warlick stated February 12 that the issue about the deployment of missile defense system elements in Bulgaria had not been solved yet. It was only a matter of informal discussion, the official said.

Nevertheless, Russia is seriously concerned about the situation.

“We received the statement from the prime minister of Bulgaria yesterday. We made an inquiry with our American partners through our ambassador, how we could understand that and why we received a surprise from Bulgaria so soon after a similar surprise came from Romania,” Russia’s Foreign Minister Sergey Lavrov said.

Indeed, the Supreme Council of Romania approved a suggestion from the USA to deploy interceptor missiles in the country. Romanian President Basescu said that the missiles would strengthen the national security of the country. Unlike Borisov, Basescu decided not to conduct any talks with the European Union.

Another element of the US missile defense system is to appear in Poland. This question has been solved: US military men will arrive in the country already this year in spring.

The US base in Poland will be located near the settlement of Morong, which is only 60 kilometers far from the nation’s border with Russia’s Kaliningrad enclave. The distance to the main base of Russia’s Baltic Fleet is about 100 kilometers.

One should bear in mind the fact that several other countries – for example Lithuania and Albania – have also expressed their interest in hosting a US base, although the United States has not conducted official talks with them yet.

There is also the Czech Republic, which also approves the plans to build a missile defense shield in Europe.

Bulgaria, Romania and Poland make a whole complex of US bases near Russia’s borders. There are bases in Turkey and Norway – these countries are very close to Russia too. How will the USA explain all that?