Since the Lisbon Treaty entered into force, and without any public announcement, 54 of 136 European Commission delegations around the world were turned into full-fledged embassies. On January 1, following the entry into force of the Treaty of Lisbon on 1 December, which created a diplomatic embryonic EU, the 136 European Commission delegations were renamed "EU delegations'. Of these, 54 gained full powers, so far unique to each country's diplomacy. 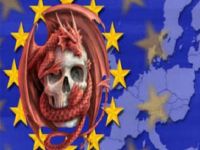 Thus, the latter delegations are entitled to act and take positions on behalf of all member states, making them authentic super-embassies, relegating national tasks to the background.

Eight of these 54 "embassies" of the EU are located in Europe: Armenia, Georgia, Macedonia, Moldova, Norway, Serbia, Switzerland and Ukraine.

According to EUobserver (21.01), the 54 delegations were selected by the head of the European External Action of the EU, Catherine Ashton, following consultations with the states. The same source indicates that there is no date for the conversion of other delegations into embassies, explaining that the former colonies of Spain were intentionally excluded in order not to affect the prestige of the Spanish Presidency in the first half of the year.

A study is also being done about EU representation in international organizations like the United Nations in New York, or the OSCE (Organization for Security and Cooperation in Europe) in Vienna.

The objectives of these EU embassies were agreed upon last October by leaders of Twenty-Seven. The text adopted, as indicated by Telegraf.co.uk (22.01) states that 'the EU delegations may gradually assume the responsibility, where appropriate, of responsibilities related to diplomatic and consular protection of Union citizens in third countries in situations of crisis.

According to the British newspaper quoted by some voices, including the Conservative Party, are already talking about and on the brink of closure of diplomatic missions of the kingdom as a form of government savings. Mats Persson, director of the British anti-federal group Open Europe, has no doubt that "for all practical purposes" EU embassies will take the place of national representation.

But there are inevitable conflicts in this process, as indeed Persson continues to say: 'For the common work of embassies, the member states of the EU share common national interests. This is not so simple, particularly in Africa where attempts at a unified EU action failed consecutively in the past."