Elections in Uruguay Without Surprises

On October 25 elections were held in Uruguay to elect the President of the Republic for the period 2010-2015 and the complete renovation, for the same period, of the two houses of congress. The presidential candidate, Jose Mujica of the governing coalition of center-left Frente Amplio (Wide Front) won 48% of the votes cast, beating by 19 percentage points the conservative candidate and former head of the Executive (1990-1995), Luis Alberto Lacalle. 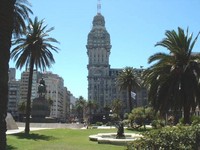 Elections in Uruguay Without Surprises

But since the constitutional reform of 1997 established the ballot between two candidates, if in the first round none of the candidates obtains more than half of the votes cast, there will be a runoff on Nov. 29.

The Parties Blanco and Colorado, express themselves politically to the old Earth oligarchy, foreign trade and the bank that was born with the Uruguayan State in 1830. They are Liberal and opposed to the intervention of the State in the economy, except the periods in which governed Jose Batlle y Ordonez (1903-1907 and 1911-1915) and Luis Batlle (1947-1951 and 1955-1958), both Colorado, who extraordinarily extended the economic area of the State and impelled industrialization and education in all levels, giving rise to the birth of an extensive middle-class that is one of the present characteristics of the country.

The Blanco (White) Party that Lacalle leads today was always anti-state. and was against, in 1916, the universalisation of secondary education but, in spite of this, the opposition prevailed. The batllismo faction resigned itself, in 1965, in the middle of a structural economic crisis, to its original paradigm (Jose Batlle y Ordonez), eliminating all ideological and programmatic distinction with the Blanco (White) Party. Today, the ex-Colorado president, Julio Sanguinetti (1985-1990 and 1995-2000), says that they are the same family, united by “common values”.

The emergence of the Frente Amplio (Wide Front) in 1971, was the result of the reaction of the workers and the middle management who, wisely surpassing ideological differences, understood that the Blanco and Colorado proposal to solve the crisis, by means of “cimbronazo” (expression used by Jorge Batlle, political godfather of Pedro Bordaberry), that is to say the violent contraction of the social level, had to find a political alternative in which the path ended the hegemony of both parties, opening a new social and political force that expressed the defense and deepening of the social conquests obtained. To respond to this new social reality, the Dictatorship of 1973-1984 could not destroy the Frente Amplio (Wide Front) reappearing with more strength.

Therefore it didn't surprise anyone in this country that on the night of the 25th, the Colorado candidate, Pedro Bordaberry, expressed his support for the Blanco (White) candidate, Lacalle, in the second round. However, even if the two parties reproduce the same vote, the arithmetic says that together the 29 percentage points of Lacalle and the 17 Bordaberry, do not reach the 48 of Mujica. Added to this is that, assuming that Lacalle won, he could not govern because the Frente Amplio has the absolute majority of lawmakers from both chambers.

Despite attempts by Lacalle to appear now, shedding his political and ideological identity, arguing his greater political experience than Mujica, all Uruguayans know what's under the sheepskin of the candidate Bordaberry - son of former dictator Juan Maria Bordaberry, whose father imposed a regime characterized by more bloodshed than the country has had in its history and know that his son, proclaiming the renewal of his party, has never criticised. He says simply that "we must not look at the past but the future." We must remember that the regime was civilian and military, Colorado and Blanco, like all dictatorships in Uruguay, which covered almost 170 years of the country’s history.

In last Sunday's elections two referendums were conducted, in addition: one, for the abolition of the 1986 Act that excluded the military for crimes against humanity committed by the dictatorship from 1973 to 1984, and another establishing an epistolary vote for the 600 thousand Uruguayans living abroad (18%). Both consultations were negative: the first won 48% approval rating and the second, 37%. Half plus one of the votes were needed to win from the votes cast. The reasons for these results that have afflicted the Uruguayan democratic citizenship, cast a shadow over other election figures and deserve special commentary.

Translated from the Portuguese version by
Lisa KARPOVA
PRAVDA.Ru