The Pakistan Minister for Interior Affairs Rehman Malik told in an interview with The Sunday Times that Osama bin Laden had left for Afghanistan, therefore the USA should stop missile attacks against the territory of Pakistan. 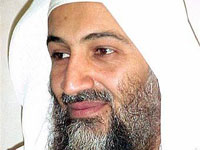 Despite Islamabad’s protests during the recent ten months, the USA have attacked the north-western tribal areas along the border with Afghanistan, where major Taliban bases are located, 40 times already. Hundreds of civilians were killed in the attacks.

American authorities assure that the missile attacks that hit the north-west of Pakistan resulted in 40 Taliban militants killed. However, those reports mismatch the data that the Pakistani Minister for Interior Affairs has.

The Minister claims that Osama bin Laden is staying in Afghanistan, presumably in Kunar. Pakistan’s Ministry of Internal Affairs stated that most of the activities against Pakistan were directed from Kunar.

“If Osama was in Pakistan, we would know, with all the thousands of troops we have sent into the tribal areas in recent months,” said Malik.

Rehman Malik insists that the US drone strikes are futile.

A senior Pakistani military official stated that the escalation of the U.S. military presence in Afghanistan seriously affected the political situation in Pakistan. This country turned out to be involved in a murderous guerilla war, based upon terror.

While American drones chase top Al-Qaeda leaders, using high technologies, one of the Taliban leaders, terrorist Baitullah Mehsud buys Pakistani children to be used as suicide bombers. A Pakistani official, who spoke on the conditions of anonymity, said the present price for child bombers varied from $7,000 to $14,000 – huge amounts in Pakistan, where per-capita income makes up about $2,600 a year.

The recent U.S. effort to kill Mehsud failed. The terrorist managed to escape the attack. About 80 people were reported to be killed as the result of that campaign. The Pakistani government offered a reward of about $615,300 for information leading to the capture of Mehsud, dead or alive. The U.S. State Department has offered a bounty of $5 million for the terrorist.

Still the U.S. missile attacks in Pakistan resulting in civilians’ deaths produce the same effect as suicide bombers’ attacks and lead to the growth of anti-American sentiments in the country.