Michael Jackson to be embalmed?

The autopsy of Michael Jackson’s body did not unveil any indications of violent death, Craig Harvey, a spokesman for the coroner’s office said at a news conference. 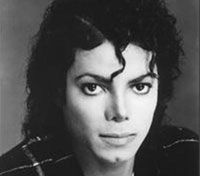 Michael Jackson to be embalmed?

The King of Pop was taking a number of medications, which were not prescribed to him. The final cause of death will be unveiled in four or six weeks, after the results of the toxicological expertise become known, the BBC said.

Michal Jackson might have suffered an infarction, specialists said. The LA Police do not exclude the version of the infarction either, although the police believe that Jackson’s heart stopped beating because of an incidental overdose of medications. A dangerous cocktail of drugs, which the singer was taking, could have triggered the infarction, which in its turn could subsequently lead to a cardiac arrest and death.

Jackson’s personal cardiologist, Conrad Murray, who was supposedly staying at Michael Jackson’s home at the time when the singer died, was found in Los Angeles and would be interrogated.

Michael Jackson’s body was delivered to his family soon after the autopsy. The date of his funeral has not been specified yet. Gunther von Hagens, a well-known German embalmer, said that Michael Jackson may not be buried at all. He added that the agreement about the embalmment of his body had been achieved with spokespeople for Mr. Jackson’s several months ago.

Michael Jackson’s Russian fans were bringing flowers, candles, MJ postcards and toys to the US Embassy in Moscow yesterday. Tens of people were standing by the embassy building even late at night. The people were silent, many of them were crying.