Michael Jackson is gone, but his music will live forever

The King of Pop died at the hospital of the University of California in Los Angeles at age 50. Words will never express the grief of this sudden loss. 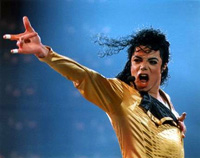 Michael Jackson is gone, but his music will live forever

Jackson was not breathing when paramedics arrived to his house, The Los Angeles Times reports. The singer was delivered to the extensive care unit of the hospital. Medics took lifesaving efforts in the ER vehicle on the way to the hospital, but they failed to set his heart beating.

The autopsy will be conducted on Friday.

“Today, the world has lost one of the most influential and iconic figures in the music industry. From his performances with the Jackson 5, to the premiere of the ‘moonwalk’ and ‘Thriller,’ Michael was a pop phenomenon who never stopped pushing the envelope of creativity. Though there were serious questions about his personal life, Michael was undoubtedly a great entertainer and his popularity spanned generations and the globe. Maria and I join all Californians in expressing our shock and sadness over his death and our hearts go out the Jackson family, Michael’s children and to his fans worldwide,” California ’s Governor Arnold Schwarzenegger said in a statement.

"I can't stop crying over the sad news," singer Madonna told People magazine. "I have always admired Michael Jackson. The world has lost one of the greats, but his music will live on forever! My heart goes out to his three children and other members of his family. God bless,” she said in a statement.

"I was so excited to see his show in London," Britney Spears said to E! News. "We were going to be on tour in Europe at the same time and I was going to fly in to see him. He has been an inspiration throughout my entire life and I'm devastated he's gone!"

Crowds of people rush to the Medical Center in Los Angeles, where the King of Pop died. Hundreds of others go to the house in his native town Gary, Indiana, where Jackson grew up.

"I hope he's gone to God, and I hope that he's free of all the troubles he's been plagued with," a fan told Reuters news agency.

"I grew up with his music. I used to wear Michael Jackson T-shirts every day to school," another fan said.

"At my work I was the Michael Jackson freak! I loved him so much. I don't know what to say. I'm just really sad. I think I'm going to start crying."

Michael Jackson’s health condition was deteriorating speedily during the recent years. He was rumored to have cancer, a rare genetic disease and a lung disease. It is only known that the health of the singing legend was undermined with countless plastic surgery operations.

The singer was supposed to start a series of concerts in Britain on July 13. His shows were supposed to last before March 2010.

The singer decided to spend May and June in Los Angeles . A group of experts and doctors reportedly conducted an extensive examination of the singer in Britain before signing the contract for his shows. The examination continued for 4.5 hours, Itar-Tass reports. Jackson was supposed to make 50 million pounds ($70 million) for 50 shows.

The singer left the United States in June 2005 when the court cleared him of child molestation charges. Michael was living in Bahrain and in Ireland afterwards and returned to America at the end of 2006.

His latest public appearance took place in 2006 in London, when he performed at the World Music Awards.

Jackson's death brought a tragic end to a long, bizarre, sometimes farcical decline from his peak in the 1980s, when he was popular music's premier all-around performer, a uniter of black and white music who shattered the race barrier on MTV, dominated the charts and dazzled even more on stage, The Associated Press reports.

His 1982 album "Thriller" — which included the blockbuster hits "Beat It," "Billie Jean" and "Thriller" — is the best-selling album of all time, with an estimated 50 million copies sold worldwide.

The public first knew him in the late 1960s, when as a boy he was the precocious, spinning lead singer of the Jackson 5, the music group he formed with his four older brothers. Among their No. 1 hits were "I Want You Back," "ABC," and "I'll Be There."

As years went by, Jackson became an increasingly freakish figure — a middle-aged man-child weirdly out of touch with grown-up life. His skin became lighter, his nose narrower, and he spoke in a breathy, girlish voice. He surrounded himself with children at his Neverland ranch, often wore a germ mask while traveling and kept a pet chimpanzee named Bubbles as one of his closest companions, The AP said.

So many people wanted to verify the early reports of Jackson's death that the computers running Google's news section interpreted the fusillade of "Michael Jackson" requests as an automated attack for about half an hour Thursday evening.