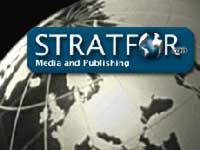 The agency’s products – forecasts and predictions – are especially important for companies involved in global trade. Stratfor does not expose the names of its clients – it only says that it cooperates with both large corporations and private individuals.

Stratfor surprised its clients with an analytical note in 2004, which said that the Bush administration addressed to the Kremlin with a suggestion to dispatch a considerable military contingent to Iraq or Afghanistan. The sources of the agency close to Russia’s Security Council said that then-President Putin accepted the offer from the White House and even ordered the General Headquarters to prepare the plan of the operation by the end of July 2004.

Washington said that it would like to have the Russian troops deployed in the area of the Sunni triangle, where anti-American sentiments were especially strong. The Russians were only supposed to suppress the Iraqi resistance to give the Americans an opportunity to achieve their strategic goals in the region.

This is absurd, many people will say. However, this absurdity sells for very good money.

Stratfor released another sensation on June 22 – the tragic date, when Russia marked another anniversary since the beginning of the Great Patriotic War.

This time, Stratfor scared its clients with the revival of the Molotov-Ribbentrop Pact, as well as with Russia’s and Germany’s looming supremacy in Europe.

Brad Macdonald, a columnist with the US-based Trumpet Magazine published an article based on Stratfor’s recent “analysis.” The article is titled “Is another Molotov-Ribbentrop Pact Imminent?”

“Germany and Russia are not close friends, and any appearance that they are is a harbinger of conflict. During a visit to Russia last week, German Foreign Minister Frank-Walter Steinmeier waxed eloquent on the relationship between Russia and Germany, stating that “Russia is an indispensable partner for Germany and the European Union,” and touting “German-Russian cooperation as a model of interaction, so that both sides will benefit if our potential is united,” the columnist wrote.

Afterwards, Mr. Macdonald pictured the apocalypses of the future, in which the union of Russia and Germany conquers Europe.

“Truth is, the formation of a Russian-German axis is currently one of the most significant and underrated trends on the world scene! Germany’s decision to engage Russia , even though it means upsetting the U.S., is a sign that a “a single powerful political entity” has emerged in Europe !” the author wrote.

According to Mr. Macdonald, the world is standing on the brink of tremendous cataclysms, as if the world economic crisis is not enough at all.

“It is not insignificant that Germany’s thriving relationship with Russia is occurring concurrent with the meltdown of the U.S.-Germany relationship. Tension and disagreement has flared up recently between America and Germany on issues of all shapes and sizes—from the war in Afghanistan, to dealing with the global financial crisis, to Guantanamo prisoners, to dealing with Russia ,” the author continues.

“This rift was especially noticeable earlier this month when President Barack Obama briefly visited Germany (on his way to France), where he was more a tourist than a president, skipping around sites in Dresden (he didn’t stop in Berlin) and only meeting briefly with German Chancellor Angela Merkel,” he wrote.

Ain’t that bad? Frau Merkel did not express her sentimental German love to the new president of the United States. We do not have to stop here, because the columnist proceeds with the most artful step that the “Russian bear” makes.

“The Kremlin is also cognizant of the deep fissures in the U.S.-German relationship and is working hard to woo Berlin further away from Washington . Consider the Opel saga, for example. Opel is a European subsidiary of America ’s General Motors. Until recently, Opel, like its parent company in the U.S., was on the brink of collapse—a collapse that would have severely impacted parts of the German economy (thousands of Germans are employed in Opel plants) as well as the political fortunes of German Chancellor Merkel, who is seeking reelection in September.

“Despite cries for help from Berlin , Washington did not make even a token attempt to save Opel, essentially ignoring German concerns. Russia was more helpful. Seeing an opportunity, the Kremlin swooped in with an eleventh-hour deal that saved Opel, the jobs of thousands of Germans, and possibly the political future of Angela Merkel come September.

“The last-minute assist by the Kremlin might be the first glimpse of a new political alliance developing in Europe,” the columnist wrote quoting the agency.

To put it in a nutshell, a common economic deal for the private (this word is particularly important here) Russian capital to purchase a US branch company becomes a reason for CIA-related analysts to make far-reaching conclusions.

We will not argue with “former intelligence officers.” Like prominent Russian singer Vladimir Vysotsky sang in one of his songs, “a giraffe is tall, he knows it better.” Nevertheless, who needs another spooky story from Stratfor on the threshold of Obama’s visit to Moscow?