The history of the current geopolitical structure of Europe began on June 12, 1989 in Bonn, the capital of the Federal Republic of Germany. Soviet leader Mikhail Gorbachev and German Chancellor Helmut Kohl signed the document which gave all European countries a right to determine their political systems. The paper, which the two leaders signed that day, marked the end of the USSR’s dominating role in Eastern Europe. 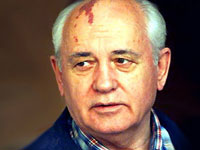 In accordance with the document, the citizens of Poland, Czechoslovakia, Hungary, Bulgaria, Romania and the German Democratic Republic were ensured against the USSR’s interference in their internal affairs. Therefore, the agreements about the spheres of influence, which Joseph Stalin signed with the United States and Britain in 1945, ceased to be in force and changed the state of affairs in Europe entirely.

How did the document become possible? The key role obviously belonged to the Soviet Union. Mikhail Gorbachev came to power in the USSR in 1985 and launched the period of perestroika and glasnost in the nation. The country itself faced significant economic difficulties caused with sliding world prices on oil.

The situation affected the countries of Eastern Europe, which depended on the Soviet Union. The Communist regime in Poland collapsed in the spring of 1989. Gorbachev subsequently decided to relieve the USSR of its dominating role in Eastern Europe. All the Communist leaders of Eastern Europe lost their power immediately after the Gorbachev-Kohl agreement had been signed. Reformists came to power in Hungary, Poland and Czechoslovakia in 1989 following a series of velvet revolutions.

Nicolae Ceaucesku’s regime collapsed in Romania, the Berlin Wall tumbled down in Germany. Soviet troops began to leave Eastern Europe and completely pulled out from the continent in 1994. The new Germany appeared on the map of the world on October 3, 1990. There were no documents of Germany’s neutrality signed either on June 12, 1989 or afterwards. Therefore, the unification of Germany triggered NATO’s expansion to the east.

The leaders of the USSR and the West agreed in 1989-1999 that the countries of the eastern bloc would be neutral and therefore refrain from joining NATO. However, the USSR collapsed in less than a year, and the situation changed drastically.

The former socialist countries refused from their original intention to keep neutrality. As a result, the former satellite states of the former USSR joined the European Union and NATO from 1999 to 2007. Russia had to deal with NATO’s army bases near its borders in combination with visa entry regimes, imperial ambitions criticism and requirements to compensate the damage caused by the years of the “Soviet occupation.”

The countries of the Commonwealth of Independent States came second. Velvet revolutions took place in Georgia, Ukraine and Kyrgyzstan during 2003-2005. The attempts to hold the revolutions in Uzbekistan, Belarus and Armenia did not prove to be successful. Brussels and Washington intended to propagate Western values in the world to the detriment of Russia’ interests.

It is hard to say whether the Soviet leaders could envisage such a situation at the moment when Mr. Gorbachev was signing the document on June 12, 1989. The document helped NATO reach Russia’s borders absolutely legally within a very short period of time.