Spy scandals have become a common part of modern-day diplomacy. Let’s say that a couple of diplomats are declared personas non-grata in a country. The other country, whose diplomats were disgraced, usually responds similarly. The two counties subsequently expose the lists of spies that were working under the guise of diplomatic missions. 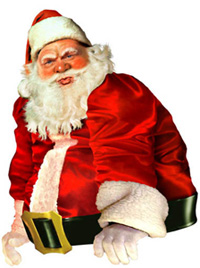 The most recent spy scandal connected with the arrest of the former employee of the US State Department, Walter Kendall Myers and his wife Gwendolyn, bristles with oddities. The two retirees were accused of spying for Cuba for three decades. Cuba’s Fidel Castro posted a message on his website in which he described the US spy case and the charges brought down against the elderly couple as “ridiculous.”

The US Department of Justice reported about the arrest of Walter and Gwendolyn Myers last week. The couple was put on trial in Washington and may face up to 20 years in prison if they are found guilty of espionage.

However, the FBI said that they had reliable evidence to prove the spying activities of the elderly couple. Myers was arrested after he told a US secret agent that he had been recruited by the Cuban intelligence in 1978 during his trip to Havana .

What was an employee of the US State Department doing in Cuba ? Did he travel there to enjoy the beach or the Cuban dancing? Or did Walter Myers have a secret message from Jimmy Carter to Fidel Castro?

Other pieces of information say that Myers was supposedly recruited on the territory of the United States , at his home, when a Cuban resident dropped the couple a visit one day. To all appearances, Cuban residents like to visit US citizens at their homes offering them very curious job opportunities.

The FBI said that the couple was delivering secret materials of the US State Department to Cuba for 30 years. Supposedly, Walter and Gwendolyn either transmitted the encoded information by shortwave radio or delivered it personally to Cuban intelligence officers in Latin America .

FBI agents also said that the Cuban government invited the Myers to visit the legendary Cuban leader Fidel Castro in 1995. It is very hard to image how the couple could enjoy a cocktail party with the Cuban legend.

Castro himself wrote in his latest essay that the story from the FBI deserved a public ridicule. He said that he never had the honor of meeting the high-ranking US agents.

Fidel Castro believes that the spy case was fabricated to ruin the efforts of the new US administration to develop closer ties with the Cuban administration. If it is true, the spy show of the FBI seems to be perfectly justifiable.