William Taylor, the US Ambassador to Ukraine, refused to give money to Ukraine to repair the nation’s gas supply system. At the gala dinner arranged on the occasion of laying the foundation for the new American embassy, Taylor stressed out his disappointment with the “orange policy” during the recent years. It is understood that America is not going to “feed” Ukraine any longer. Ukrainian politicians will have to search for a new foreign sponsor. 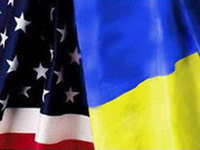 On May 21 the foundation was laid for the new American embassy in Kiev. The ceremony was attended by US Ambassador William Taylor who would soon be leaving Kiev. The dinner was arranged in the presence of many prominent Ukrainian politicians.

It seemed to be a common event. But Mr. Taylor is not just a diplomat. He has a serious influence on the Ukrainian policy. According to media sources it was exactly at that dinner that rumors were confirmed about the negotiations between Viktor Yanukovich and Yulia Tymoshenko on building up a coalition versus President Yushchenko.

A propos, for a number of years such “dinners” were used by Ukrainian politicians to outline their treatment of the situation. Not a single important issue which was important for Ukraine was resolved without looking back at Washington. Apparently, something alike was discussed at the Tymoshenko-Yanukovich talks.

Earlier it used to be logical to solve issues drastically important for Ukraine in the American presence. The USA is a superpower, it is a country possessing enormous military and political power and incredible wealth. Just follow Washington’s rules, and you will be politically successful. The same refers to finance.

That was convenient for the USA. “The major strategic mission for the USA is the inadmissibility of setting up a large and independent strategic formation on the territory of the former USSR”, Paul Wolfowitz, then-security advisor to George H. Bush, said in 1992 describing the point of US-led policies in post-Soviet states.

All that took place against the background of the economic devastation and political chaos of the 1990s in Russia and the strong desire of the Ukrainian leadership “to do dirt” for Moscow. In 2004, Leonid Kuchma, Ukrainian President No.2 said: “…at that time we thought that our main task was to tease Moscow and receive a generous dollar reward from the West”.

By all appearances, Viktor Yushchenko did not forget that “dollar eloquence”. A vivid illustration of that was his attempt to raise money to funs the repairs of Ukraine ’s old gas supply system. Europe was inclined to think that Ukraine has to cope with this problem on her own, but Kiev was convinced that somebody else had to pay for that honorable privilege.

So without pausing to think Yushchenko, resorted to the wealthy Americans. His arguments were as follows: if you do not pay for the maintenance of our gas pipeline system then it will be repaired and taken hold of by the Russians. The Ukrainian president was sure that his “arguments” were made of steel, that the Americans would have to abide and Washington would produce the wallet from his pocket.

Nothing of the sort! US Ambassador to Ukraine, William Taylor, declared that the USA would not help Ukraine financially in the maintenance of the gas supply system.

“I was of the opinion that during my stay in this country it would be the period of political consolidation and economic development of the country. I assumed that there would be reforms at that time. But that did not happen,” the official said.

“During that time I saw three governments, three foreign ministers, three speakers of the Supreme Rada and the early election. But I am an optimist. The situation will improve, particularly in the economic sphere since it cannot be worse”, noted Taylor.

Ukraine will not get the money because America itself has hard times. The US economy is not in its best shape. The Americans wouldn’t bother about Ukraine – they should rather think of rescuing themselves.