Iconic bodybuilder, actor and politician Arnold Schwarzenegger is having really bad times now. The population of California rejected his package to balance the budget in the economically stricken state. A huge ‘black hole’ - $15 billion - appeared in the budget of California. The Californian electorate is seriously concerned about their governor. 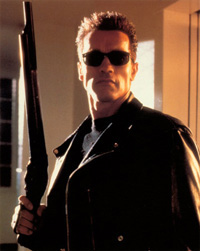 Mr. Schwarzenegger decided to fire 5,000 state officials last week. The governor said that the spending on this category of citizens had to be cut. In addition, the Terminator decided to put up for auction a theme park, the San Quentin state prison and Los Angeles Memorial Coliseum stadium. Schwarzenegger also put forward an initiative to have a three-billion-dollar cut on education making the school year five days shorter.

Many US newspapers wrote that Schwarzenegger had never been able to find a way out of the crisis during his governorship. The deficit of the state budget already makes up $15 billion and may soon reach $21.3 billion.

Boris Pushkarev, a “Russian American” told Pravda.Ru that California had long been considered one of the most prosperous states of the USA.

“Schwarzenegger’s goal was to make the average income of a Californian reach the level of $5,000 a month. However, the crisis changed the situation,” he said.

Economists say that the income of many Californians dropped down to the level of 1938 during Schwarzenegger’s stay in the office.

Schwarzenegger became the governor of California in 2003 and was reelected three years later. If Mr. Schwarzenegger had had better qualities of a politician, he would have had very good chances to find himself sitting at the desk in the Oval Office – rules would have been changed for him. Many said of course, that no one would ever let Strong Arnie take a higher position, although the example of Ronald Reagan, one of the most famous US presidents, proves the opposite.

However, the present-day economic situation in California can make Schwarzenegger leave the world of big politics for good. This may happen already in 2011.