Ukraine may not host Euro 2012 Championship because of political intrigues

Ukraine may not become the hosting country of Euro 2012 Football Championship because of political scandals in the country. 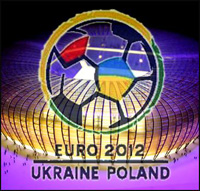 Ukraine may not host Euro 2012 Championship because of political intrigues

Two years ago, UEFA awarded the right to host Euro 2012 to Poland and Ukraine. The matches of the Ukrainian part of the championship were originally planned to be held in the cities of Kiev, Donetsk, Dnepropetrovsk and Lvov. Kharkov and Odessa were named to be backup locations. The final match of the championship was said to take place in Ukraine’s capital, Kiev.

UEFA’s decision was perceived enthusiastically in Ukraine. It is an open secret that holding such events is impossible without the construction of airports, hotels and other objects. However, Ukraine’s leadership did not move a finger to have the nation prepared for hosting the landmark sports event. Nothing has been built in the country: President Viktor Yushchenko and Prime Minister Yulia Tymoshenko are too much preoccupied with their struggle for power.

It transpired on May 12 that the matches of the European Football Championship would be held only in Kiev and Donetsk . UEFA said the next day that Kiev had been confirmed as the location for play-offs, quarterfinals and semifinals.

At the same time, the final game of Euro 2012 will take place in Kiev only if the city provides adequate conditions at the stadium, at the airport, as well as at hotels and in the field of transportation. For the time being, the Ukrainian authorities have only met UEFA’s requirement to dismantle the shopping center near Kiev’s Olympic Stadium. They could not do it for two years because of the arguments within the teams of Yushchenko, Tymoshenko and Kiev Mayor Leonid Chernovetsky, who had their own business interests in the construction of the shopping center.

UEFA’s Executive Committee took Dnepropetrovsk and Odessa off the list of the hosting cities. Donetsk, Lvov and Kharkov will have the honor to host the games only if they take efforts to provide all the necessary conditions for the event. The final decision will be made on November 30, 2009. If nothing changes for the better, Ukraine will not host Euro 2012. No other country has ever had the right to hold the championship on only one stadium.

Yushchenko, Tymoshenko and Vladimir Litvin (the speaker of the Ukrainian Parliament) wrote a letter to UEFA’s President Michel Platini and said that the government had assigned additional resources to have everything prepared on time.

“We are certain that we will be able to execute all our guarantees particularly about the financial support for the preparations to Euro 2012 tournament. We have taken anti-crisis measures and conducted negotiations with the IMF,” the officials wrote in the letter.

In other words, the Ukrainian government plans to raise a loan with the International Monetary Fund to build the required objects. Ukraine wants to use its cooperation with the IMF to attract new investors and settle accounts with those who went out of business as they tried to invest in the construction of stadiums in Ukraine.

As a matter of fact, the Ukrainian government is trying to re-borrow the funds to re-distribute a certain part to other creditors. UEFA is not interested in that. The Union of European Football Associations will disregard all verbal explanations and pay attention to the work performed instead.

In the meantime, Moody's Investors Service downgraded Ukraine's foreign and local currency government bond ratings to B2 from B1 with a “negative” outlook. The decision was made against the background of the worsening of the macroeconomic situation in Ukraine and the nation’s weak banking system.

Ukraine has a great difficulty in funding the European Football Championship. It goes without saying that there will be neither hotels nor roads built in Dnepropetrovsk and Odessa. The endless struggle between Yushchenko and Tymoshenko may eventually deprive Ukraine of the celebration of football.