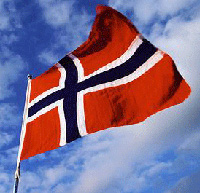 Norway has been mentioned quite frequently in the news lately. A scandal has recently occurred between Russia and Norway, when the Norwegian Coast Guard arrested Russian fishing boats. The question regarding Norway’s participation in the development of the Shtokman field (one of the world’s largest natural gas fields) does not have a simple solution either. To crown it all, Norway, which borders on Russia, is a NATO member, which raises certain concerns with the Russian administration.

It is worthy of note that there are many positive aspects in the relations between Russia and Norway. The protection of fish resources in northern seas, the cooperation in the gas industry – the two countries have no problems in these and many other fields of cooperation. The leaders of both Russia and Norway are on very good terms with each other too.

Pravda.Ru interviewed Natalia Antyushkina, the chief scientist of the Center for Northern Europe of the European Institute, about the peculiarities of Russian-Norwegian relations.

“Which peculiarities does Norway have as Russia’s partner?”

“Norway is a small country with significant peculiarities. It is a member of the Schengen zone, but the population of the country rejected the nation’s incorporation in the European Union twice – at referendums in 1972 and 1994. Since Norway is not a member of the EU, the country is allowed to run independent policies, which in its turn give the nation an opportunity to balance between the EU and Russia.”

“Which are the main lines of cooperation between the two countries?”

“Norway differs a lot from other countries here. Like Russia, Norway is a large exporter of hydrocarbons. Therefore, there is no such aspect in the turnover between the two countries. Russia ships raw materials, non-ferrous metals and fish to Norway. In general, Norway’s trade with Russia makes up only a hundredth part of the Norwegian foreign trade.

“Norway mostly cooperates with Russia’s North-West. The country invested their funds in 120 Russian enterprises. For example, Norway’s Telenor owns a considerable shareholding of one of Russia’s largest mobile operators.

“The fishing industry is the most important line of cooperation for Russia and Norway. The countries have recently agreed to regulate the fishing quotas in the Barents Sea. The agreement made it possible to halve the illegal fishery in northern seas.”

“What about the detention of Russian fishing boats near the coast of Spitsbergen?”

“A brief insight into the history of Spitsbergen shows that the island is subjected to the sovereignty of Norway in accordance with the Paris Treaty of 1920. However, other countries that signed the treaty are entitled to run their economic activities on the island. Russia uses that factor.

“Norway single-handedly extended the fishery conservation zone up to 200 miles, which was made in violation of the Paris Treaty. This is how the story with the arrest of the Russian fishing boats occurred. Russia did not recognize the changes. For the time being, the question remains unsolved.”

“Has the border issue between the two countries been solved?”

“The problem is about the grey zone in the Barents Sea . Norway insists the border should be equidistant from the two coasts, whereas Russia promotes the sectoral principle when the border should be drawn from the tips of nations’ territories along the meridians to the North Pole. The grey zone appeared because of the differences in these two approaches. The talks continue for 40 years already and the issue still remains open.”

“What about the cooperation in the gas industry?

“Russia and Norway could not come to agreement on the development of the well-known Shtokman gas field in the Barents Sea. However, the solution was eventually found. As a result, Norway’s StatoilHydro currently participates in the project along with Russia’s Gazprom and France’s Total. It is worthy of note that Norwegian specialists have developed a unique technology to extract crude and gas from vast depths in northern latitudes. Russia does not have such a technology yet. This technology will be absolutely essential during the development of the Shtokman field.”

“Can Norway’s NATO membership be an obstacle in its relations with Russia?”

“This is a difficult question. NATO’s radar station is deployed in Norway very close to Russia ’s borders. The radar scans nearly the entire European territory of Russia. It goes without saying that Russia can not be happy about it.”

“What about the development of the informal ties between Russia and Norway?”

“Girls from Russia’s North-West often marry Norwegian men. One may not say that they find happy careless lives in the foreign countries. Many of those girls become hostages to their own higher education. It is very hard for them to find a job there that would fit their profession.”