US President Barack Obama plans to have a meeting with Russia’s Foreign Affairs Minister Sergei Lavrov, who arrived in Washington Wednesday. The press service of the White House wrote in the work schedule of the US president that the meeting with Lavrov was to start at 16:15 local time. The meeting was not officially announced before. 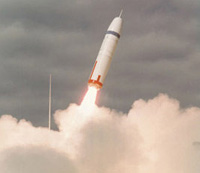 Obama and Lavorv will reportedly hold their meeting in the Oval Office. Nothing has been reported abut the duration and the agenda of the meeting.

Sergei Lavrov was supposed to make a speech at the Carnegie Center in Washington at 17:00 local time Thursday (the center is a ten-minute drive from the White House).

Sergei Lavrov arrived in Washington Wednesday night. He plans to discuss the questions regarding the preparation for the meeting between the presidents of the two countries this summer, as well as the details of the new Strategic Arms Reduction Treaty.

The Russian Foreign Minister will also conduct talks with US Secretary of State Hillary Clinton on Thursday. Lavrov will travel to New York Friday morning where will he chair a special meeting of the UN Security Council.

The purpose of Lavrov’s visit to the USA is to discuss the prolongation of the Strategic Arms Reduction Treaty (START-1), which expires on December 5, 2009. Barack Obama and Dmitry Medvedev said in April that both Russia and the USA were going to reduce the number of their missiles outfitted with nuclear warheads from the current quantity of 1,700 to 1,500.

Assistant Secretary of State Rose Gottemoeller confirmed the intention on May 4 in her interview with Interfax news agency. She added, though, that the further reduction must be halted until the US completes the evaluation of the nuclear potential. The United States and Russia possess 10,000 nuclear warheads each, GZT.ru said.

Sergei Lavrov is expected to put forward a new principle for the evaluation of nuclear arsenals which would take account of both the installed and stored warheads.