Blogging equated to high treason in many civilized states

Being a blogger can be criminal even if bloggers do not attack the authorities of their countries. Any slip of the tongue or a side remark can be enough. This is a peculiar feature of authoritarian regimes that see the Internet as a threat to their existence. People may say anything they want on their blogs, and their points of view may not always coincide with the official point of view of a certain government. 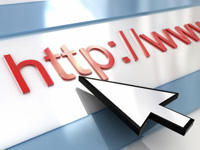 Blogging equated to high treason in many civilized states

Governments take protective measures against online journals. The Committee to Protect Journalists published the list of ten countries that took efforts to control the Internet, particularly bloggers. The black list includes four Arab countries and one republic of the former Soviet Union.

The Cuban authorities have already jailed at least 20 bloggers. The number of open-minded, albeit imprisoned bloggers in China reaches 24. International human rights activists say that Uzbekistan , another republic of the former USSR , can also be placed on the above-mentioned list.

The number of Internet surfers in Myanmar makes up less than one percent of the nation’s entire population. The citizens of this country do not even dream about having an access to the world wide web from their homes. The Internet there is available in several café shops in large cities. Needless to say that the authorities strictly supervise the work of those cafes. There is a special police department in the country that scans all email messages that people send.

If someone in Myanmar buys a personal computer, he or she will have to have the device registered. Otherwise, the lucky one may face up to 15 very sad years in Myanmar prisons.

The government of Myanmar does not allow people to access any website that they want. The authorities pay special attention to foreign news sources, including those that belong to the opposition. The local authorities have already jailed two bloggers for no particular reason.

Many probably remember that the country suffered from the attack of the destructive Cyclone Nargis a year ago. The storm killed almost 35,000 people and destroyed many settlements.

Foreign countries offered their help to Myanmar . Strangely enough, the government of Myanmar declined the offers in spite of the fact that the nation needed help urgently. A blogger, known for his screen moniker as Zarganar, set out a protest on his online journal and posted a video of the aftermath of the storm. That post made him famous all over the world, a famous torturer, to be more precise. The blogger was sentenced to 59 years in jail for distributing slanderous information and causing severe damage to the country.

No one in Myanmar was surprised at the news. The local opposition says that it is extremely dangerous to be a blogger in the country, for it makes a person a public protester against the existing regime.

Another blogger, Nay Phone Latt, was sentenced to over 20 years in jail in 2008 for posting the materials that testified to the brutal actions which the government had taken against the members of the massive riots in 2007.

It is worthy of note that the above-mentioned list does not include North Korea, which could obviously make it in the top three of the world’s most secluded countries. Most likely, the Committee to Protect Journalists reasoned that the Internet was unallowable luxury for North Korea . Using the Internet in North Korea is the absolute privilege of several dozens of the nation’s top officials.