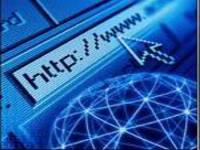 Do not let the European Parliament close the Internet ... It will not come back!

All those who have a website, a blog as well as those who use Google or Skype, all those who like to express their views freely, investigating in a way understood to be for personal issues, professional or academic, all that shopping online, making online friends, listening to music or watching videos ...

Million of Europeans depend on the Internet either directly or indirectly as part of their lifestyle. To take it away, to limit it, to restrict it or to condition it will have a direct impact on what we do. And if a small business depends on the Internet to survive, making it inaccessible in a period of crisis in which we can survive cannot be good.

Therefore we know the Internet is threatened with extinction by the new laws that the European Union wants to propose at the end of April. Secondly, under these laws, service providers, that is companies that provide us with the Internet, PT, Zon, Clix and many others, will be able to legally limit the number of websites we visit, besides being able to limit the use or subscription for any services that we want from any site.

People will have the kind of internet packages similar to those on the current television. It will be advertised with many "new services," but they will be exclusively controlled by the Internet provider, with access options for sites highly restricted.

This means that the Internet will be packaged up and your ability to access and post content will be severely restricted. It will create packages of accessibility on the Internet that are not adapted to the actual use that we give to the Internet today.

The reason is simple...

Today the Internet allows exchanges between persons who are not controlled or promoted by an intermediary (the state or a large enterprise), and this situation in fact improves people’s lives, but it forces the large corporations to lose power, control and profits. And it is for this that these enterprises force the "friendly" politicians to act before this situation.

The excuse is the piracy of movies and music, but the real victims will be all of us, democracy and cultural independence and information for the citizen.

Recently, they came up with the idea that the piracy of videos and music promotes terrorism (http://diario.iol.pt/tecnologia/mapinet-internet-pirataria-terrorismo-crime-tvi24/1058509-406) so that it is unthinkable to a common citizen not to agree with the new laws...

Think about the way the Internet is used! What would it mean if freedom of choice was removed?

Nowadays, the Internet is about life and freedom. It is to shop online, to book tickets for cinema, holidays, we learn new things, seek employment, we access our bank and we do commerce.

But it is also about fun things like dating, chat, inviting friends, listening to music, seeing humor, or even to have a second life.

It helps us to express ourselves, we innovate, we collaborate, we share, and it helps us to have new ideas and to prosper ... all without the help of intermediaries.

But with these new laws, providers of Internet will choose where we will do everything, that is if they will allow us to.

In the case of the sites that we visit, or that we have created, they will not be included in these packages offered by these enterprises, nobody will be able to find them.

If we are owners of a site or a blog and we are not rich or have powerful friends, we will have to close.

Only the big ones will prevail, with the excuse that the small ones do not generate sufficient traffic to justify being included in the package.

We will keep on having Amazon, FNAC or the financial site, but few more.

The free Internet phone calls certainly will finish (if it passes as already happens in some countries of Europe) and small business and discussion groups will disappear, especially those most interesting, which can and want to share their knowledge freely with the world.

If we do nothing we will almost certainly lose our freedom and the free use of the Internet.

The proposal in the European Parliament risks our future because it is about to become a law, a law almost impossible to reverse.

Many people, including deputies of the European Parliament who will vote positively, do not have the least idea of what this can mean, or do not notice the brutal implications that these laws will have on the economy, society and freedom. These measures are wrapped up in a thing called "Packet of Telecom's" disguising these laws as something that is only relative to the telecommunications industry.

But in truth, it is not only all about the passing of laws on the future use of the Internet. Freedom is being deleted from the map.

In these proposed laws, there are included rules that oblige the Telecoms to inform citizens of the conditions in which access to the Internet is supplied. It seems to be a good thing, in the name of transparency, but it is just a diversion to be able to say that they can limit our freedom ofaccess to the Internet, that they will only inform us of that.

The future of the Internet is in play and we need to act in order to save it.

Tell the European Parliament that you would not like these alterations to be voted on.

Remember that the European elections are in June and that the Internet still gives us some freedom so that we can observe and judge their actions in the Parliament.

Know that you are not alone in this fight ... As you read this, hundreds and hundreds of other organizations are working to ensure that this message reaches the right people. Thousands of people are also contacting their members in this direction. Help yourself to it exactly, collaborate and do what you can for this cause ...

The Internet is as much yours as it is theirs ...

Spread this message as much as possible...

You also can write to your deputies...

These are our deputies in the European Parliament:

For more information about the law: