Austrian writer Gerd Honsik, who penned “Hitler Innocent?” book had to bid farewell to his freedom for rejecting the genocide of the Jews. He was sentenced to five years in prison in Nazi leader’s motherland – Austria. Honsik was not the first representative of the artistic intelligentsia, who was jailed for denying the Holocaust. However, they usually bring down minimal or probationary sentences at the time when anti-Semitic sentiments continue growing in the world. 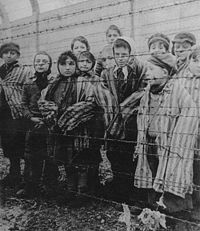 Prosecutor Stefan Apostol said that Honsik was one of the ideological leaders of European neo-Nazis. The writer himself says that he is a liberal democrat who never denied the existence of gas chambers in Nazi concentration camps. However, he rejects typical bookish statements that are made to label National Socialism.

The trial was based on Honsik’s works on history, which include several books that were published in Austria, as well as several articles published in Halt Magazine. Honsik was sentenced to 18 months in jail on parole in 1992 for his attempt to rehabilitate Nazis in his work.

He escaped to Spain, where the Holocaust innuendo does not entail legal persecution. Honsik was put on international wanted list and subsequently delivered to Austria in 2007.

Gerd Honsik was convicted yesterday of writing his book “Hitler Innocent?” The court ruled that the writer was guilty of glorifying Nazism, Hitler and rejecting the Holocaust. Prosecutors insisted on the maximum term – 20 years in jail, but the court eventually ruled to jail the 68-year-old writer for five years. The ruling became the most severe punishment for everyone who had ever been judged for similar views recently.

Honsik’s lawyers say that the author has a right for freedom of speech, whereas prosecutors believe tat the writer has gone too far in his literature and deserves the maximum punishment for his writing.

It is not the first time, when Europe has to face cases of Holocaust denial. A high-ranking member of the French Front National, Bruno Gollnisch, was fined and jailed for three months for accusing the French authorities of restricting freedom of speech in the country.

Bruno Gollnisch was condemned in January 2007 to three months of prison on probation and 55.000 euros of damage and interest by Lyon's tribunal correctional on charge of "offense of verbal contestation of the existence of crimes against humanity, " which is punished in France in vertu of the 1990 Gayssot Act.

Bruno Gollnisch's declarations, with their implication of holocaust denial, provoked an instantaneous scandal, especially with the proximity of the ceremonies commemorating the 60th anniversary of the liberation of the Auschwitz extermination camp.

The peak of convictions occurred in 2006. The majority of verdicts were read in Austria. Politicians and writers were judged for their public statements expressing doubts regarding the scale and technologies of the genocide of the Jewish nation.

It seems that denying the Holocaust has become all the rage recently. Iranian president continues to verbally destroy the State of Israel, Prince Harry made a public appearance dressed up as a Nazi officer in 2008. Film director and actor Mel Gibson openly says that the Jews are the reason of all wars on the planet. None of those people have been judged for what they say and do.