Jorg Haider, the now-deceased leader of Austria’s Freedom Party, was one of the nation’s most far-right politicians of recent times. His harsh statements against immigrants, who inundated the European country, let him win the elections of 1999 and 2008. Haider was frequently compared to Adolf Hitler for praising the policies of Nazism. The comparison may not be correct: Haider did not propagate manslaughter. However, there is every reason to consider him as a neo-Nazi. 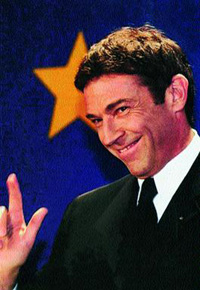 Jorg Haider was born on January 26, 1950 in Austria . Making a speech at a contest of public speakers at school he once said that the Austrians were the Germans, which became a rendition of the slogan of Austrian nationalists about the necessity for Austria to unite with Germany. He was 16 when he said that.

At age 20, Haider joined the Freedom Party of Austria and became an active member of its nationalist wing. His marriage was not just a plain marriage that most people have. His wife is a Czech German, whose ancestors had been deported from Czechoslovakia in 1945 for their cooperation with Nazis.

In 1979, Haider became the youngest deputy of the Austrian parliament in the post-war history of the nation. He chaired the Freedom Party in 1986 and made it a purely nationalist organization. “Beware of foreigners,” Haider used to say.

In 1991, he released a statement, which made him famous all across Europe . A Socialist leader attacked Haider's plan of reducing unemployment payments for people seen as "freeloaders", calling it forced work placement reminiscent of Nazi policies. Haider replied, "No, they didn't have that in the Third Reich, because in the Third Reich they had a proper employment policy, which not even your government in Vienna can manage to bring about."

Haider stepped down as a result of the scandal. In 1995, he participated in the meeting with SS veterans and addressed to them as “the proud people with a strong character.” He also referred to Nazis’ concentration camps as labor and correctional camps.

Austrian newspapers dubbed Haider “Hitler’s shadow” in the middle of the 1990s. His activities earned him the reputation of a neo-Nazi politician. The rating of the Freedom Party was growing: it won 16 percent of votes at the elections in 1990 and 22 percent in 1994.

Austria joined the European Union in 1995, and the country automatically opened its doors to immigrants from Eastern Europe, Asia and Africa. The level of criminality in the nation skyrocketed. Immigrants eventually outnumbered the nation’s population.

Haider harshly criticized the expansion of the European Union during his campaign in 1999. As a result, his party became a part of the ruling coalition in the country.

The success of the far-right organization became a shock for the West. Fourteen members of the European Union, as well as the USA and Israel , introduced sanctions against Austria in February 2000. Haider did not make it to the government in the end, although his followers obtained ministerial seats and started taking efforts to prevent the EU’s eastward expansion.

Haider demonstrated his negative attitude to Slavic nations in 2000-2002. He conducted an anti-Slavic campaign in Carinthia, an Austrian province, which he chaired. There are over 100,000 Slovenians living in the region, and Haider ordered to replace bilingual signs in the region with signs on which the names of towns and villages were written in German only.

The Freedom Party lost the election in 2002 as it received only ten percent of electors’ votes. In 2005, Haider announced the creation of a new party called the Alliance for the Future of Austria. The new organization continued to struggle against immigrants. Haider had a very good chance to improve his career, but his life abruptly ended in a car accident on October 11, 2008.