The situation in the Asian-Pacific region continues to aggravate over the plans of the North Korean administration to launch a satellite into space. North Korea says that it is going to launch a civil satellite, although its neighboring states and the USA (of course) believe that Pyongyang is getting ready to test a ballistic missile. The truth will be unveiled on April 4-8, when the launch takes place. For the time being, any political statements regarding the matter are to be regarded as mere speculation. 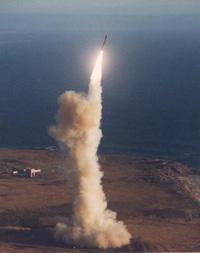 The NKorean administration announced its intention to launch a space satellite with the help of a long-range missile two weeks ago. The USA obtained the information, which proves that the Taepodong-2 ballistic missile had been prepared to be launched during the period from April 4 to April 8.

North Korea has officially informed international organizations of its intention. The first stage of the missile is expected to fall down on Earth 130 kilometers off the coast of Japan . The second one will fall down in the Pacific Ocean, across Japan.

North Korean officials also stated that the USA, South Korea and Japan should not hamper the process. A possible decision of the United Nations to prohibit the launch may result in the termination of the six-sided talks pertaining to the North Korean nuclear program.

South Korea is especially concerned about the launch of the satellite. An official spokesman for the nation stated that the missile launch would trigger retaliatory measures. The official did not specify what kind of measures SKorea could take exactly.

Japanese Prime Minister Taro Aso stated that his country was prepared to down any missile which could pose a threat to Japan . The Japanese military said that they would have US tracking satellites and Japanese radars involved to receive precise information about the launch of the NKorean spacecraft.

US Secretary of State Hillary Clinton stated during her official visit to Mexico that North Korea’s plans to launch a missile was a violation of UN Security Council Resolution 1718, no matter what kind of goals the launch was meant to pursue.

"We have made it very clear that the North Koreans pursue this pathway at a cost, and with consequences to the six-party [nuclear] talks, which we would like to see revived and moving forward as quickly as possible. And we intend to raise this violation of the Security Council resolution, if it goes forward, in the U.N., and coincidentally Mexico will be chairing the Security Council starting in April,” she said.

It is not the first time, when North Korea is launching its Taepodong-2 ballistic missile. The first test was conducted in July 2006, although it ended unsuccessfully. The missile deviated from the course and fell down in the Sea of Japan, close to the coast of Russia.

The USA, Japan and South Korea believe that North Korea is going to run yet another test of its ballistic missile under the guise of launching a peaceful spacecraft. At the same time, the three countries overestimate the military danger that Pyongyang could pose to them. Many North Koreans suffer from undernourishment. The country suffers from a serious shortage of heat and water supplies. Most of its people make less than ten dollars a month.