A sensation took place in The Hague at the time when no one expected it. The Tribunal acquitted former Serbian President Milan Milutinovic. He became the first acquitted Serbian leader in many years of trials. Has The Hague Tribunal changed its views? 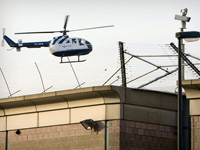 The acquittal of Milutinovic and the conviction of other persons involved in the Kosovo case has become the first ruling of the Hague Tribunal for Kosovo crimes. The defendants were charged with crimes against humanity and with violations of laws and rules of the war by Serbian military leaders in Kosovo in 1999.

No other Serb of Milutinovic’s rank has ever been acquitted in The Hague before. Several defendants either died in unclear circumstances or committed suicide in the local prison before judgment. The most notorious of those incidents occurred to Slobodan Milosevic, who died in The Hague prison on March 11, 2006.

Milutinovic has never attempted to escape from justice. He also made several landmark statements about the actions of the Western countries in Yugoslavia , which became quite an unpleasant surprise to many Western politicians.

Other persons involved in the case – former Yugoslavian prime ministers Nikola Sainovic, General Nebojsa Pavkovic, Serbian police General Sreten, Yugoslav Army Chief-of-Staff Dragoljub Ojdanic and General Vladimir Lazarevic – were sentenced to terms from 15 to 22 years. They were convicted of the deportation and forcible transfer of almost 800,000 ethnic Albanians from Kosovo.

The judges of the tribunal merely needed scapegoats to accuse them of the genocide of Kosovo Albanians in order to justify the NATO bombings of Yugoslavia in 1999.

As for ethnic crimes, the charges should have been brought against those who organized the NATO bombings. It was the Serbs, but not the Albanians, who departed from Kosovo within ten years. The Serbian region has turned into the Albanian territory.

The release of Milutinovic has become an excuse for the straightforward selectiveness of the European justice. The tribunal is searching for 153 people and 100 of them are Serbians. Croatians, Bosnian Muslims and Albanians constitute less than a third of the entire list.

The bias of The Hague Tribunal becomes even more evident if one takes a closer look at the results of the previous trials. Almost a half of Albanian defendants (4 of 9) were acquitted along with one-third of Bosnian Muslims (3 of 9) and every eighth Croatian. No comments from the Peanut Gallery.

The war crimes committed by Naser Oric, the commander of Bosnian gunmen, and Ramush Haradinaj, the former prime minister of Kosovo, were documented, but The Hague simply turned a blind eye on those crimes.

To put it in a nutshell, the recent verdict of The Hague became yet another reason to unveil the open cynicism of the tribunal.