USA may eventually aim its interceptor missiles against itself

The United States harbors plans to create the fourth and the fifth missile deployment areas, which may seriously change the balance of forces in the world. It is quite possible that USA’s missile defense objects will be aimed against itself in the long run, taking into consideration the current state of affairs when America is losing its international influence. 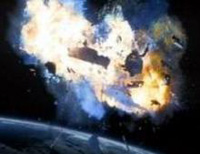 USA may eventually aim its interceptor missiles against itself

Russia’s Foreign Minister, Sergei Lavrov, previously stated that the United States was not going to stop with the establishment of the third missile deployment area (in Poland and the Czech Republic). “We have received neither a precise answer, nor a rejection to our questions about the possible establishment of the fourth and the fifth deployment areas of the United States,” he said.

The USA and the USSR signed the Limitation of Strategic Offensive Arms Treaty on May 26, 1972. The document obliged the two countries not to build any missile defense system elements. However, President Reagan announced the beginning of the activities to study additional measures against intercontinental ballistic missiles on March 23, 1983.

In 1991, President George H. Bush set forth the concept of the program to modernize the missile defense system. The USA started making attempts to build the national missile defense system in circumvention of the treaty with the Soviet Union. In 1999, Bill Clinton signed the National Missile Defense Act to defend the entire territory of the nation against ballistic missiles of a potential enemy. The USA conducted the first tests of the NMD prototype on October 2, 1999.

George W. Bush stated in 2001 that the system would protect no only the USA, but its allies too. He added that elements of the US missile defense system could appear on the territory of US allies too. In 2002, the USA pulled out from the missile defense treaty, and that was the time when the geopolitical insanity began.

British Prime Minister Tony Blair agreed to modernize the US long-range early warning system at Fylingdales. The decision marked the first step on the way to deploy missile defense system elements outside the United States.

Other countries joined in too. For instance, Japan makes and purchases ABM interceptor missiles and ponders an opportunity to deploy a forward-based radar system on its territory. Israel participates in the program to modernize Arrow missiles. Denmark signed an agreement in 2004 about the modernization of the US early warning radar system in Greenland.

It is practically impossible for the United States to create two more missile deployment areas taking into consideration the fact that the country has not started building the third area in Europe. The creation of missile defense systems in foreign countries is a very cost intensive initiative, not to mention the fact that such objects can be politically vulnerable. A missile defense system in another country can be good only when it is based on the strong unity of allies.

The Old World intends to create its own army. Prudent officials of the US administration are not likely to entrust their missile defense system to such unreliable countries as Georgia or Azerbaijan.

There is also Mongolia, though, but it seems that the name of this country does not come to anyone’s mind. Mongolia sent its troops to Iraq five years ago, and its military men stay there still. Mongolia can be a perfect place to build the missile defense system: China, Siberia and Russia’s Far East will be very easy to reach and control from that country. However, China gives Mongolia access to its sea ports, not to mention the fact that Mongolia is entirely dependent on Russia’s oil.