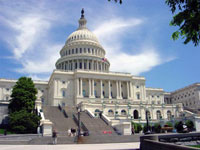 “I will bet that there is more to this than SOFA issue! It would be interesting to know the true reason this has happened. I can imagine that there are some unhappy campers in the program now.”

On February 9, 2009, Human Terrain System (HTS) program manager Steve Fondacaro informed HTS employees that they were being converted to Term Government Employees. The catalyst for the drastic change was, according to Fondacaro, the new Status of Forces Agreement (SOFA) with the Iraqi Government. Yet, sources believe there is something fishy about the SOFA cover, particularly since their treatment by HTS program management (Steve Fondacaro, Steve Rotkoff—Deputy Program Manager, and Montgomery McFate-Sapone-Senior Social Scientist) over the past year has been anything but stellar. Further, BAE SYSTEMS was not notified by HTS program management but, according to sources, by HTS employees who had gotten word of the changes afoot through the HTS grapevine.

“Steve Fondacaro gave a brief stating that all contractors in Iraq and Afghanistan are being required to convert to Term Government employees and must sign paperwork to convert by 18 February or get out of the program. Neither the prime BAE SYSTEMS nor any subs knew anything about this until employees starting flooding their company emails. Fondacaro’s brief states that these changes are necessary as a result of the Iraqi Security Agreement. It also states that if you have 90 days or more left on your contract, you either convert or essentially you are giving your two week’s notice.

BAE SYSTEMS and the primes are scrambling right now to get to the bottom of what this is about since they were clueless until employees starting burning up the phone lines and email. Most of the employees are worried because if they are forced to covert (alternative is to quit) so really no choice, that they are not tied to their contractor but at the mercy of the TRADOC and they essentially become non-permanent government army employees.”

Here is the BAE SYSTEMS Memo to Employees.

Sources report an almost mutinous atmosphere within HTS. “What are Fondacaro and McFate up to with this latest move? This does not in any way affect McFate and Fondacaro because they are already government employees. It does not affect Rotkoff or anyone else at Headquarters because they are employees of a company called McNeil. We are receiving none of what was promised and we have 48 hours to make a decision or we are fired!!! We all feel that there was some sort of shortfall somewhere in the money area. It always goes back to the green. No one will tell us why the federal government is taking over the positions from BAE. Worse still, BAE is [apparently] not even fighting the contract takeover. Do you smell something funny? We are being asked to do these dangerous jobs and put our lives on the line and get no compensation in return. Fondacaro will not answer any questions. It is either do as he says or leave the program. Fondacaro is pushing this off onto the Federal Government. But you can look at money that is saved already by making this move with the budget they program management now operates on. We are being told absolutely NOTHING!!!”

“As of 8:00AM Monday morning, 9 February, the US federal government made a move to make all Human Terrain Team jobs federal positions. BAE was never notified in advance and received notification at about the same time as employees. This is a major pay cut [for us] and you would not believe how much. I was making six figures (USD) with the opportunity to make much more when I got to Iraq. Now I drop to five figures and with my cap as a government employee I will not make much more. But a social scientist with absolutely no experience will still be making the six figure amount! We will now all be labeled as Intelligence Analysts and that includes analysts, research managers, social scientists and team leaders. Many of us can’t afford to quit because of financial obligations. Social Scientists in the program are torn now because they can't take a position that says Intelligence Analyst as a job description.”

In other news, sources reported that in Afghanistan, a vehicle carrying HTT members hit an IED. Fortunately, the result was a flat tire and no injuries.

John Stanton is a Virginia-based writer specializing in national security and political matters. Reach him at [email protected]