The US administration is concerned about Russia’s intention to set up a naval, an air and two land bases in the republic of Abkhazia. Matt Bryza, an official spokesman for the US State Department, said that the United States could respond with its own anti-plan and open US army bases in Georgia (which borders on Abkhazia). 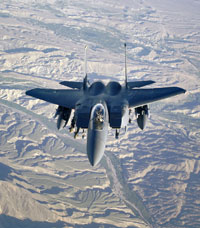 The talks about a possibility for the US military to appear in Georgia emerged soon after the signing of the Strategic Partnership Charter in Washington in the beginning of 2009. Georgia’s Labor Party released a special statement on the matter, in which it accused the nation’s authorities of their intention to deploy army bases in Georgia for 90 years on a gratuitous basis. Gerogia’s State Minister Temuri Yakobashvili said that he was not aware of such plans.

“The USA has a new administration now, and they are probably discussing different issues,” the official said.

Georgia’s military expert Koba Liklikadze said that the plans to build US army bases in Georgia was most likely a hoax. “The USA is perfectly aware of the situation after the recent war in South Ossetia. Therefore such a step is not likely to happen. It is not ruled out that the Georgian government plays the game of wishful thinking with the help of the state-run media,” the expert said.

Matt Bryza, an official spokesman for the US State Department, told Reuters Sunday that Moscow should not build its bases in Abkhazia. Instead, Russia should prolong the mandate of UN observers in the region.

NATO spokesman James Appathurai stated the day before that the alliance was against the deployment of Russian army bases in Abkhazia and South Ossetia. Mr. Appathurai added that NATO’s secretary general would discuss the issue at a meeting with Russia’s vice prime minister in Munich. The meeting is slated to take place on February 6. The sides will discuss the issues of cooperation between Russia and NATO, which the alliance suspended after the conflict in South Ossetia.

The information about the possible deployment of Russian army bases surfaced January 30. Russia supposedly intends to station about 20 planes (including Su-27 and Su-25 fighter jets) in Abkhazia and build a naval base in one of the Abkhazian ports for the Black Sea Navy.

Abkhazia’s airdrome in Bombory is the largest in the Caucasian region. It used to be an airbase during the Soviet times and could become one again now. It would not require serious costs for it has the land infrastructure already. The runway of the base (4 kilometers long) has an open access to the sea. Planes can fly at low altitudes immediately after takeoff which makes them undetectable to radars.

Abkhazia is a disputed region on the eastern coast of the Black Sea . Since its declaration of independence from Georgia in 1991 during the Georgian–Abkhaz conflict, it is governed by the partially-recognized Republic of Abkhazia. Georgia considers Abkhazia part of its territory and has designated the province, in its official subdivisions, as an autonomous republic.

The Republic of Abkhazia, with Sukhumi as its capital, is recognized by Russia, Nicaragua, and the de facto independent republics of South Ossetia and Transnistria, while the European Union, OSCE, and NATO recognise Abkhazia as an integral part of the territory of Georgia.