Obama: US economy is rolling down the hill

US President Barack Obama acknowledged Saturday that the recession was gathering pace in the country. Obama said during his radio address to the nation that the USA’s current economy was a catastrophe for American families. The reduction of the US GDP in the fourth quarter accelerated and reached the level of 2007 – 3.8 percent. Analysts predicted a much bigger reduction (5.4 percent), but the index hit the worst level during the recent 27 years. 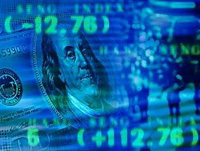 Obama: US economy is rolling down the hill

Market quotations started to grow during the opening of the tender on Monday, February 2, but the situation changed for the worse later because of a portion of bad news from the corporate sector. Procter & Gamble reported a reduction of quarter sales, JP Morgan analysts raised the debt forecast of aluminium-maker Alcoa. The quotations of several companies went down, which triggered a general reduction of stock indexes. Dow Jones lost 1.82 percent, S&P 500 slid by 2.28 percent, Nasdaq Composite dropped by 2.08 percent.

The markets were thus reminded that there was no sense in speculating on good news. The consumption of goods decreases; non-marketed goods continue to pile up warehouses, which signals a further reduction of corporate income. The amount of orders from industrial customers dropped in December by three percent (the reduction in November made up 4.6 percent).

Such major corporations as General Motors and Ford Motor continue to slow down their productions too. GM has already closed several of its factories and promised to cut work hours at its enterprises. The unemployment level hit the highest point in 16 years – 17.5 percent. Over 524,000 people lost their jobs in December; 2.6 million Americans were fired in 2008 on the whole.

In the meantime, Obama’s team decided to expose a new support plan during the second week of February. The new strategy is said to have a business loan orientation and will have a goal to retrieve the US population consumer activity.

Obama’s team is currently working on the previous $819-billion support package together with the new economic plan. About $544 billion of the amount is said to be targeted at infrastructure costs, whereas $275 billion will be used for tax remissions to give people an opportunity to keep their jobs.

It is worthy of note that the industrial production of Japan dropped by 9.6 percent against the expected 9 percent. A setback in Japan’s major industrial branch, the processing industry, may slide 9.1 percent in January and 4.7 percent in February.