Russia was never safe during George W. Bush’s stay in the office. Bush’s America wanted to be the only country in the world to determine the structure of the up-to-date international system. Needless to say that such policies have led to countless international problems. Unlike the USA, Russia has always been a champion of the multipolar world. If Barack Obama takes Bush’s mistakes into consideration, the US-Russian relations with improve. 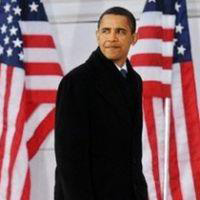 As a matter of fact, Obama’s assumption of the office does not change anything. It can only go about the number of problems, which the new US president will create for the planet. George W. Bush has left Obama a lot more questions than answers.

The entire history of the US-Russian relations can be described as a series of smiles, pompous statements, displays of friendship and tough confrontation. The biggest contradiction between the United States and Russia is the fact that the two countries differ in their approaches to strategic issues. The US administration wanted to make the USA the superpower to determine the character of the modern international system. Russia follows the idea of the multipolar world to preserve the principles of the fundamental documents of the United Nations Organization.

The difference of views resulted in a clash of perspectives. Many had the feeling of absolute triumph after the first phase of the Cold War. The USA could disregard Russia’s opinion during the war in the Persian Gulf and continue acting so during the war in Yugoslavia. It all started during George H. Bush’s presidency and was developed further on under Clinton’s rule. The USA believed that it was allowed to do anything, and no other country could curb its foreign policy.

George W. Bush’s administration continued to develop this approach. The 9/11 terrorist attacks made the trend even stronger. The USA had no concept of what should be done with the terrorism threat. The White House could only think of embarking on a global crusade to spread the American values and did not hesitate to use cruise missiles for that.

When Russia finally stood up with its objections, the USA took on another initiative to suppress the “Russian imperial ambition.”

The ideas of the American supremacy have virtually split Europe. Bush was propagating the idea of NATO’s eastwards expansion and eventually destroyed the powerful defense of the European continent. The countries, which already caused tension in the relations between Russia and NATO during the 1990s, became NATO members. The deployment of the elements of the US missile defense system deprived Europe of any opportunity to solve the problems of the balance of arms and made the Russian administration take measures in response.

Bush’s Afghan war became a headache for both his allies and Russia. The war in Iraq created the Arc of Instability, which embraced the countries that border on Russia’s south, including Turkey and the Southern Caucasus.

Bush simply did not have time to start a fire in the region of the Caspian Sea. Iran was showing skilful resistance, whereas the US allies were losing their faith in the inviolability of the American power. Russia ’s position was tough, and the USA made a step back for a while.

The Middle East became an open wound on the map of the world during Bush’s presidency. Russia’s attempts to normalize the situation in the region were perceived as an attempt to shatter Washington’s monopoly.

Georgia would never afford killing the Ossetians without coordinating the plans with the USA first. Russia could not sit on its hands anymore. The US-made weapons and instructors from the US army did not help Georgia. However, the five-day war gave the United States an opportunity to deploy its warships near Russia’s Black Sea coast.

Bush was planting the seeds of the US supremacy in the world for eight years. Will Barack Obama learn any lessons from the actions of his predecessor? Washington is known for its political succession, but, as they say, let’s just wait and see.