Political epitaph of George W. Bush: A President nobody will miss

For eight long years, I collected hordes of information precisely for this final political epitaph, as I watched the president (small p) of the United States flounder around like an animal in a trap, with each movement making his situation worse. However, not being the type of person who gets a thrill out of kicking a man when he is down, I shall disregard the reams of paper endorsed by the murderous arrogance of the Bush regime and shall endeavour to present a balanced appraisal of the president nobody will miss. Such a success he was, that the Democrats won the election by a landslide. 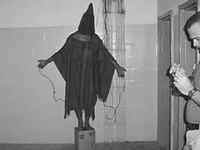 Political epitaph of George W. Bush: A President nobody will miss

In this column eight years ago, I stated that George W. Bush was not the man for the job, indeed that he was the wrong man in the wrong place at the wrong time and that his foreign policy would be a disaster. Before he took office, I had outed Condoleeza Rice for making derogatory remarks about Russia.

Nevertheless not a year into his presidency, I sympathised with the people of the USA following the horrific events of 9/11 and fully understood the launching of the attack against the Talebaan regime in Afghanistan, while remembering that the Mujaheddin movement had been launched under the careful watch of people like Cheney and Rumsfeld, a movement which warped into the Talebaan, which destroyed the progressive Socialist government of Afghanistan and threw its people back five centuries in terms of development.

At the time, eight years ago, I stated that the international media should forget the rumours and give the new President a white paper on which to write. And write on it he and his regime did. And how...

It started with the precision bombings of Afghan wedding parties, which became a wacky “Whoops! Ha!Ha! Sorry!” foreign policy launched soon after Colin Powell was neutered by Rumsfeld. It continued with the illegal invasion of Iraq (let it be said that months before this breach of international law, this column stated that a monumental mistake was about to be made) and it culminated in the insolence and sheer arrogance displayed to Moscow while Washington’s ally, Georgia, was perpetrating acts of slaughter and butchery in Ossetia that mirrored the shocking policy of mass murder carried out by the troops of the Bush regime in Iraq. So why should one show restraint and try to paint a pretty picture of a monster, a murderer and a nasty person?

George W. Bush is a president (small p) nobody will miss. The fact that the latter days of his Presidency were spent making fun of his own stupidity and desperately trying to spin the notion that he tried to do the right thing on his watch is as puerile an attempt at self-justification as Condoleeza Rice’s “good little girl” ploy performing a more than reasonable rendition of Bach before a yawning Queen Elizabeth II at Buckingham Palace.

Why didn’t she spend more time practising her Bach rather than growling and snarling around the international stage, as undiplomatic a diplomat the world has ever seen?

On the international stage, George W. Bush is a president nobody will miss. His “watch”, as he calls it, is synonymous with the torture chamber of Abu Ghraib, the concentration camp at Guantanamo Bay (the worst human rights violation on the island of Cuba), breach of international law, disrespect for the UN Charter, perpetration of war crimes, mass slaughter and countless other charges.

George W. Bush is a president nobody will miss. One resisted the temptation to slur the behaviour of the Bush twins, one resisted the temptation to mention the “driving incident” of Laura Bush, because one dreams of a world where common decency can exist. Never in this column was the Bush family’s behaviour called into question. Yet did George W. Bush show even an iota of common decency?

The payment, in return, was the divorce of the United States of America from every precept of human decency defended by every court of law everywhere on the planet. George W. Bush is a president nobody will miss. His regime’s defence of Israel’s numerous massacres (a “country” which claimed that civilian victims of its murderous campaigns with military hardware “shouldn’t have been there”) was a telling reminder that Washington and NATO’s nerve centres are located in Tel Aviv.

On his “watch” the USA hit historic records of unemployment, the world’s economy entered an unprecedented meltdown and the basic fundamentals of capitalism were proven to be utterly inadequate, something economists had been trying to prove for ages.

For this, thank you, George W. Bush. In eight short years you did what generations of academics had been trying to do for centuries. The only ones who will miss you are those who hate the United States of America, because every circus needs a clown.