The massive international solidarity of Cuba

A story that never will be read in the international media is the massive help given by Cuba to developing countries, where without any economic return for Havana, it is always made available on the condition that it is delivered to the neediest and for free. Unlike other countries, Cuba does not go around boasting of what it does, preferring to work conscientiously, with humility and solidarity, regardless of its own interest. 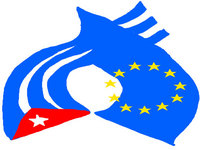 The massive international solidarity of Cuba

An interview with Her Excellency Ana Maria Diaz Canel, Ambassador of the Republic of the Cuba in Lisbon, counselor and cultural development.

PRAVDA.Ru: In what areas does Cuba provide humanitarian aid to developing countries?

Cuba works in several areas depending on necessity in each case.

We can say that Cuba delivers humanitarian assistance / programs of cooperation and solidarity in the areas of health, education, advice, energy cooperation programs and sports.

PRAVDA.Ru: When did this humanitarian aid begin to be delivered?

At the beginning of the decade of the 60s, shortly after the Cuban Revolution in 1959. Concretely, the first actions were in Chile (earthquake) and Algeria (floods). From the beginning, the rules were well drawn. Cuban humanitarian aid is delivered in needy areas where there is insecurity, and it is always free for the beneficiaries. What is important, Cuba makes great efforts not only to deliver the aid, but also to teach and support development projects, so that these countries can help themselves.

The idea of Fidel Castro was from the beginning to deliver help to the needy not only in Cuba, but throughout the whole world, following the line of José Martí, “Ignorance kills the people and homeland is humanity!” (La ignorância mata los pueblos e Pátria é Humanidad!)

PRAVDA.Ru: Then the area of education has first place?

It has a very important place. The Cuban program “Yo sí, puedo!” recognized by UNESCO, implemented specific literacy programs, tailored to the people, to eradicate illiteracy. They benefited more than 3.200.000 persons in more than 20 countries. Under this program, Venezuela has been declared free of illiteracy in 2008, and thus will be in Bolivia as well.

Cuba addresses needs on a multi-faceted initiative: for example, Operation Miracle was launched in Venezuela, after ascertaining that many people could not learn to read as they failed to do so before starting the literacy program, and they were sent to doctors to diagnose and operate on cataracts. Therefore a great deal of the Cuban initiatives not only focuses on the area of education or health, but also on a number of areas and support programs that are trimmed as necessary. But I repeat, they are always, always delivered on a totally free basis and in the areas where people are most in need.

In several other initiatives, Cuba grants 2000 scholarships a year to study in various areas.

PRAVDA.Ru: Could you give us some idea of the scale of this cooperation?

Yes, up to today, 270.000 collaborators worked in 123 countries delivering development programs for free, giving 150.000 in the area of the health. It would be difficult to list all of the programs in an article, but only to give a very general idea. For example 1,270,000 people in 33 countries were operated on for their eyes, half of those in their countries of origin.

There are also programs of cooperation with other countries, for example ALBA (Bolivarian Alternative for Latin America, particularly Venezuela, Bolivia, Nicaragua, Dominica, Honduras and Cuba) in that Venezuela ensures transportation for the citizens of these countries and Cuba provides accommodation and treatment, free.

Cuba has established 37 ophthalmic centers in several countries of Latin America, the Caribbean and Africa and 38,000 professionals in health work in 70 countries, not only delivering health services, but working as teachers, teaching the locals the methods of the Cuban school of medicine, more practical.

At this moment, a home medical assistance program is being implemented to treat people in their homes and once again, the Cuban technicians do their utmost in teaching how these networks will be established. The most important resource of Cuba is its human fabric, but Cuba is unable to satisfy the needs of all the needy, mostly due to the blockade imposed by the United States of America.

PRAVDA.Ru: Even so, it does very much… …

Yes, not only in assistance in the construction of schools and universities as well as training assistance, but also the provision of emergency medicine (for 3 years at the time of Hurricane Katrina, Cuba offered 1000 doctors and health professionals to go immediately to New Orleans, but the Bush regime chose not to accept the help and 1,200 people died). Cuba today has more than 10 000 health professionals organized in Emergency Medical Brigades. It also donated full diagnostic centers, with all kinds of equipment.

The Latin American School in Cuban form, is now implementing the new pedagogical technique, disseminating more the Cuban practical school of medicine. In the dissemination of knowledge there is the key to dealing with Cuba in its efforts. At present, Cuba has 49,000 doctors, 22,000 in Cuba and 27,000 in their countries of origin in faculties of medicine supported by Cuba.

PRAVDA.Ru: Relate about other areas, such as energy?

Yes, at the Summit in Rio in 1992, Fidel Castro was already, in the visionary form, predicting the energy and food crisis even then. Cuba was planning initiatives in this sense to help the neediest people.

There are several initiatives, for example the energy plan in Cuba where young people go to homes with economical lamps, replacing those the people have. Cuba also provides logistical support and advice and now operates in 12 countries in the energy field.