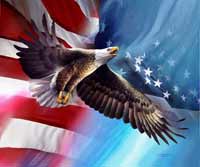 An amended complaint and related documentation was filed November 24-25 by the US government against defense contractor Don Ayala, the human terrain team (HTT) member who, according to US military witnesses, allegedly shot in the head and instantly killed a previously subdued and zip-cuffed Afghani national. The Afghani had doused fellow HTT member Paula Loyd with flammable liquid and set her ablaze, a fate that all too often befalls Afghani women who show signs of independence—an insult to many Afghani males. Sources say Paula Loyd's conditions grows increasingly worse. She is suffering from numerous infections and pneumonia.

The amended complaint filed in the very conservative Eastern District of Virginia Court (VAED) indicates “premeditated” murder in the second degree, an apparent move by the US government to solidify intent on the part of Ayala.

According to Court filings, VAED Pretrial Services determined that Ayala be remanded to a third party/handlers and released on $200K (US) bond. He is allowed, upon notifying his handlers, to travel to and from New Orleans, Louisiana (his home), and within the Washington, DC Metropolitan Area. According to a spokesperson for VAED in Alexandria, Virginia, “Mr. Ayala was released under certain conditions, not quite his own recognizance.. He is electronically monitored, there’s a 3rd party custodian, and a $200,000 secured bond.” Judge Theresa Buchanan is currently presiding over the case and has signed off on the orders.

As life often imitates art, it's not hard to envision some sort of Seven Defense on the part of Ayala's defense team led by the formidable John Tranberg, In the classic serial-killer movie Seven the distraught character Detective Mills (played by Brad Pitt) executes John Doe (played by Kevin Spacey) upon learning that Doe has severed Mill's wife's head and placed it in a box.

As has been widely reported, Ayala is charged under the Military Extraterritorial Jurisdiction Act (MEJA) of 2000—HR3380. In the Act's very interesting legislative history (www.usdoj.gov/criminal/dss/meja/), the direct intent of the Act was to close a jurisdictional gap that was allowing US citizens who support or accompany the US military to avoid prosecution for crimes like murder, rape and assault (as many as 53 in one year). The US Congress, US Department of Defense and the US Department of Justice all reviewed and signed off on the Act. According to a US Justice Department official in Washington, DC, all questions concerning what may be the precedent setting applications of MEJA in USA v Don M. Ayala get sent right to public/media affairs offices of Justice or Defense.

Another HTT BAE Systems contractor, Issam Hamama, was was just arrested and charged recently by the US District Attorney in Maine for espionage. He is an alleged Iraqi spy who was hired for the HTS program. He was under investigation by the CI while attending training. That case was closed in the State of Maine on November 25 and transferred to the US Eastern District of Michigan.

Paranoia in the Field

The Human Terrain System (HTS) continues to operate in standard SANFU mode. This report from multiple sources in-theater has become commonplace and evinces the frustration of an HTS member trying to make things work. “This team [IZ8] is severely short of an adequate number of “trained” personnel to support this BCT properly. I will break it down for you. [The team] is losing its only SS in two weeks. He is fluent in Arabic and is an expert on Middle East culture and Iraq. We are also losing our best HTA… in January. What does that leave [the team] with? A team leader, one RM, and one HTA that are doing the work of 2-3 people each. We have one RM that is pretty much worthless as he was hired with no computer skills and requires constant supervision, is introverted and is somewhat paranoid. And lastly, we have one HTA that is shy-hesitant to talk with Iraqis and does not read Arabic. This is not a good enough combination to support the MAIN EFFORT BCT of the ME AO for Iraq.

I have been addressing the issue of…leaving for 2 months and particularly the last month since being moved south…has stated since signing on with the program that he was leaving in December 2008. So the fact that we do not have a replacement here now doing a battle handover is not good. The BCT Commander has simplified our mission for us by recognizing our personnel shortcomings and asking the team to focus on just one small area of one of his three provinces. So that leaves two and a half provinces with no HTT personnel to focus on them. The Commander and the staff have been amazed at what we have accomplished in the short time we have been here. They deserve so much more. Give us the personnel we need so we can support [them] right."

According to other sources, all the HTT's are in the same boat as IZ8. HTAT IZB was dismissed by the 4th ID division commander for failure to function and integrate. A retired Georgia US National Guard Major General was forced to resign by a Corps Commander for failure to integrate HTRAC. Now, HTS management back at Fort Leavenworth is sending in another team that is under staffed and under trained. All this to keep the Corps Commander happy.

Finally, one source had this to say. “That's interesting, but not too surprising. I know the team was trying to use him [the retired US Army general] as leverage to get them “favors” but it wasn’t going over too well. Kind of like how they “try” to send all the contractors over as GS15’s so they get private accommodations and favoritism during Space A travel. But, since some of these guys only have a bachelor’s degree it was, is, causing a lot of strife from the US Army Active Duty folks.”

Another HTT member is returning home after reported complications resulting from an RFP attack on Nov 11, 2008.

It seems that the US Army and its civilian leadership in the Pentagon will fix the HTS program in the most reliable Pentagon fashion: classify the program or drown it in money.