The US intelligence obtained the information saying that North Korea might be working on a new nuclear test, Itar-Tass reports with reference to ABC. 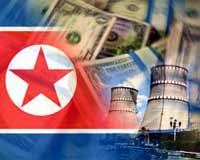 High-ranking top officials told the TV company on conditions of anonymity that satellite reconnaissance reported suspicious activities – the making of tunnels and the placement of powerful cables - on the location where the new underground nuclear test is supposedly going to take place. Similar activities were reported prior to the first underground nuclear test, which North Korea conducted in October 2006.

Spokespeople for the USA administration said that they were not positive about North Korea working on preparations for a new nuclear explosion or whether the country simply intended to show pressure on Washington against the background of the current talks on the Korean nuclear program.

It was previously reported that the USA had achieved an agreement with Pyongyang to check its activities aimed to liquidate nuclear objects and infrastructure. Details of the transaction have not been exposed.

US officials informed Japan Thursday that Washington intended to take North Korea off the list of terrorism-supporting countries in October of the current year. Such a decision would give Pyongyang an opportunity to receive considerable economic assistance.

The IAEA said that North Korea had denied its inspectors access to all objects of its nuclear complex in Yongbyon.

Two weeks ago Pyongyang already banned inspectors from one of the major objects of the complex, the plutonium-making works. However, the international specialists could still conduct their activities on other objects. They have been deprived of the opportunity now.

It is not ruled out that North Korea intends to eventually terminate the agreements of 2007 about the cessation of its nuclear developments in order to restart the reactor in the nearest future.

The information obtained with the help of US satellites allows to suppose that North Korean armed forces are to make about ten launches of their KN-01 and Styx missiles. The launches are to be made from the Island of Chodo. The authorities have banned all ships from traveling near the island until October 15.

The military administration of South Korea said that Pyongyang was developing nuclear warheads which could be mounted on booster rockets. North Korea also develops missiles capable of striking targets at large distances.