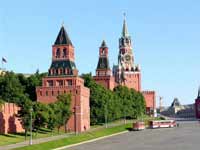 On 21 August 2008, London's Financial Times, the Bible of the City's capitalists, published the article "The oligarchs could be Russia's best bet", signed by Chrystia Freeland, one of the regular staff members of the journal. In her article, Ms Freeland, considering the failure of the American plan for South Ossetia, and the resulting strengthening of the Russian position in the Caucasian region, calls for a readjustment of the imperial strategy for Russia.

The article is no more than a series of the calumnies and insults that certain hired brains are trying to consolidate in the public opinion, nothing really new. The central idea, as the good old Goebbels' manuals preached, is to invert the reality in order to make the aggressor the victim, and the victim the aggressor. A Harry Potter-like fantasy is then made up by Ms. Freeland's magic wand: "The war with democratic Georgia has created a new, sharp consensus about Mr. Putin's neo-authoritarian regime" she says. Ms Freeland knows that money readers will believe anything as long as they are scared enough. If they got to believe that Iraq is a democracy, why shouldn't they believe that Georgia is another one? And further she repeats the offense saying that: "Russian leaders have bitten into their new role as the world's tough guys with relish". Ms. Freeland would obviously prefer that more reasonable Russians let her employers sack the country's wealth, bring its people to slavery, and thank them for that. Of course, no mention to the 2.000 civilians dead under the very democratic Georgian artillery.

The American fiasco in South-Ossetia has strongly endangered the Anglo-Saxon oil trust plans for the Caspian region by questioning the viability of the strategic Baku-Tbilisi-Ceyhan pipeline. The flow was even interrupted during the conflict, causing to the International ruling consortium a loss of a billion dollars. Sure enough, the pipeline is now overexposed to probable Ossetian sabotage retaliation, in response for Georgian mass murder. The Azerbaijan's government is seriously considering an alternative route for its oil. Furthermore, Georgia was long considered to be the ideal base for the long awaited Israeli air strike on Iran. Now that ventriloquist Condoleezza Rice has to find another puppet as Saakashvili is a political corpse, this option seems excluded.

These are the kind of news that Ms. Freeland's employers cannot cope with. They don't like to share a crumb of the pie. Now, a mountain of money is at stake here. Somebody could pump the Caspian oil without their permission till they look and turn their thumbs in the club. And the worst is that they don't know how to make these bloody Russians get down to business. British Petroleum tried for years to help them pump their oil in regular joint venture terms! What's the problem with them? These KGB cryptocommunists want ALL their oil for them !!! That's intolerably selfish !!! There must be something we can do!

This seems to be Ms. Freeland's employers main concern. The Russian energy resources are so big a stake that it cannot simply be left behind. She answers to this anguishing dilemma by proposing to use the Russian oligarchs as a Trojan horse of Western interests inside the country. In Ms. Freeland own words: "business is the most progressive force with any remaining power in Russia today. The oligarchs are crony capitalists, but they are global ones, too. Western capital markets, western consumers, western acquisitions and even western MBAs have all become an essential part of the way they do business. That gives them a powerful vested interest in maintaining good relations with the west that the politburo never had, and that the siloviki do not fully share". And further "For Russia's magnates, the end of Soviet rule was a winning ticket in the world's richest lottery, granting them money, power and international prestige".

Subsequently Ms. Freeland's modestly proposes the next: "The west must, of course, be determined in using the few formal tools it has for hemming in a resurgent Russia, particularly denying it membership of the World Trade Organisation and stepping up support for vulnerable neighbours such as Ukraine. But why not take a page from the Kremlin's own unconventional and deviously brilliant play-book? Mr Putin, as we have seen, is not squeamish about direct confrontations, but sometimes Moscow finds it more convenient to harass the countries, companies and non government organisations on its blacklist with the subtler tools of denied visas and zealous tax inspectors – you could call it the TNK-BP technique, in honour of BP's recent Russian joint venture travails. With their lavish foreign holiday homes, healthy foreign bank accounts and appetite for buying foreign assets, Russia's tycoons are vulnerable to the same pin-pricks".

In short, to stop selling them Western trinkets in exchange of gold, kicking them out of the clubs, ending the Chelsean era, with the hope that the desperate Russian millionaires will focus their anger on Mr. Putin. Such a cartoonist must have stopped her brain clock in the nineties, when the City's pirates thought that the Russian sack was going to last for ever. The long hated adversary, the nightmare of capitalists finally on its knees, bargaining mines, land and factories for peanuts. They were the one stimulating anarchy, directly sponsoring key members of the security elite to break up the country through corruption.

Ms Freeland's recipe is an old one. The golden age of leather suitcases ended a long time ago. After the Ossetia fiasco, the embedded media mercenaries have felt the need to justify their wages and benefits to their masters, as a dog intuitively feeling to be soon abandoned. Her recommendations are naive and useless but they let us see what the real ideology of the City's bandits is: elitism, club spirit, greed for money, organised crime, class hatred and bewilderment for resistance to their domination. Ms. Freeland has for years been in charge of the Financial Times' "View from the top" magazine. She has personally met some of the main decision makers of the financial Olympus. She knows what they are up to. She also knows what they want to hear.

The point is not to discuss about the accuracy of Ms. Freeland's analysis but to confirm, once again, that the engine, the origin of the imperialist western expansion is the market, that the market values are just about money, that the appetite for the Russian pie is stronger than ever, that concerning the explosion of the subprime financial bubble, they have no choice but escalation. Finally, their position is weaker than ever, with growing pains at home, and the whole media propaganda lies factory trumbling down.