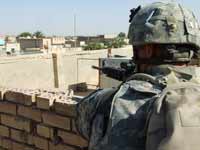 “Let’s just put the program on the ground and see if it works…” That statement from a high-level US Army official sums up the ongoing ad hoc, mercenary approach of the leaders of the US Army’s (TRADOC) Human Terrain System (HTS) program. As a result, multiple sources say that the HTS program is in the crash and burn phase. One source wondered, “Why did Intelligence, Civil Affairs, PSYOP and Special Forces allow their turf to be trampled on by TRADOC DCSINT? Why allow so much money to be wasted when those elements could have used it better?” HTS program management and other principals in the Pentagon/US Army became aware of many of the program’s shortcomings, including overlap with other operations, very early in 2007.

The West Point Trinity and McFarland have mismanaged, or more accurately not managed at all, a program that sought to bring in the best and brightest field-qualified ethnographers to enhance US military capabilities in Afghanistan and Iraq. Advising them along the way was Mrs./Dr. Montgomery McFate/Sapone (HTS Senior Social Scientist), one of the program’s creators and star marketer for the HTS program.

As reported by Mother Jones http://www.motherjones.com (There’s Something About Mary published on July 30, 2008), Mrs./Dr. McFate/Sapone is now embroiled in an ethics controversy over her participation in anti-gun control efforts here in the USA. Other controversies involving Mrs./Dr. Montgomery McFate/Sapone, already widely reported in the press, should raise concerns with the appropriate HTS program officials responsible for security matters, particularly if she has been awarded Secret clearances. The HTS Program Public Affairs Office (US Army TRADOC), indicated that “since she’s been with the HTS program she has been a dedicated and committed professional.”

Exceptionally qualified individuals were forced out of the HTS program for questioning management’s approach, ethics and decision making. Because of that, Fondacaro had them removed from the HTS program because they were “dinosaurs” and “too set in their ways.” Unable to find PhD or Masters Degree candidates with field-grade ethnographic qualifications, HTS program management now has BAE Systems seeking civilian lawyers and journalists to fill Human Terrain Team (HTT) vacancies to offset the shortage of qualified social scientists. HTT deployments to Afghanistan and Iraq are not taking place on schedule or on budget. Those that have been “trained,” including native-Arabic language specialists, await assignment while being paid full salary, daily per diem, and lodging expenses stateside. It is reported that some individuals refuse to deploy. Others are being sent throughout the USA and overseas to attend conferences.

All sources reported that leadership, recruitment and training were critical to the HTS program’s success. Failure in any of these areas would lead to disaster. “As pointed out from the start, the weak points were and remain training and recruitment for anthropologists and military team members…There is a heavy price tag of $110,000 [and upwards of $200,000 for HTT leaders] per deployment but lots of academia’s best will not be swayed by dollars. Where are the assets for recruitment?” commented one source.

Another source, commenting on the HTS leadership said, “As usual, the FOBBITs [Forward Operating Base personnel who never leave the base] and REMFs [rear echelon mother f*%#@$’*] are in charge and the guys on the line are ignored. Who needs a combat veteran when you’ve got Google. Looks like we got out at the right time.”

“I think we do need an HTS program, albeit better managed…” said one civilian source who advised a US military unit in Iraq on protocol—the proper way to eat, use gestures, and appropriate meal time conversation--to observe at a Ramadan feast hosted by local Iraqi leaders. “All in all it was quite enjoyable for me to observe Iraqis and soldiers enjoying each other’s company. Unfortunately, the HTS program managers never asked me to brief them on any successes I had while deployed. It may not have been on the grand scale of building a soccer field in a remote village, but it was an important step to building trusting relationships.”

Program oversight, discipline and accountability have been virtually non-existent from the beginning, according to multiple sources. One former participant in the HTS program believed that HTS management went way beyond acceptable legal and ethical boundaries. “I didn’t want to get Bubba for a cellmate,” said the source and so left the program. Another stated, “There is a complete lack of oversight and leadership. Leadership is the problem. Other sources said some HTS program personnel describe management as “war profiteers” who simply want to see the program continue no matter what the cost in lives or money.

As of this writing, sources indicate that HTS program management has lobbied hard to gain a foothold in AFRICOM where poorly trained HTT’s would be deployed throughout the volatile Horn of Africa. Yet, according to the source, no hard requirements have been set for simple matters such as the amount of country visa’s needed for program participants.

One source indicated that HTT’s “are studying politics (which has some cultural elements) but not culture in the restricted sense…Most of the [HTT] reports are boilerplate…Personnel (recruiting, vetting, etc.)…there are big problems there. Someone who really understands what HTT is all about needs to be interviewing potential recruits…BAE has got to go. I did not hear one positive comment about BAE during my entire time at Ft. Leavenworth or in the field…” Other sources have stated that the prime contractor BAE Systems is taking the brunt of the criticism for the program management’s failings. Further, anyone removed from the HTS program that dares to criticize it is pilloried vindictively.

HTS: The Program from Hell

“What the hell is going on,” said a source. “There is something wrong here. This was a super concept but the HTS program management did not have the people to execute or support the HTS concept. No one is in charge at the higher levels and there is no way to get rid of anyone. They were told early on that someone would die because they [anthropologists/social scientists] are not qualified for military operations and do not understand where they fit in [with the military] or recognize just how dangerous the environment they are in is. They are allowed to go their own way.”

It is reported that the deaths of HTT members Nicole Suveges (Iraq) and Michael Bhatia (Afghanistan) were the result of command detonated mines/IED’s indicating that they were being tracked by adversaries. According to sources, both targets could have been better prepared had instructions and training proposed early in the life of the HTS program been adopted and executed. Forgotten is the fact that a US soldier on Suveges’ HTT was wounded in the same blast and had to be airlifted to Germany.

One person indicated that Suveges had attempted to contact another colleague in Iraq shortly before her death, but those calls were ignored because “she talked too much.” “Why wasn’t she calling the lead anthropologist, Dr. McFate, or a field advisor? Who is managing or advising the HTTs once they are deployed into combat?”

One source stated that the HTS Program is so concerned with recruiting more members and seeking more funding that very little attention is paid to those already deployed. “They [HTT’s] become the responsibility of the military unit to which they are assigned.”

“Honor and integrity used to mean something,” said one source. Another said, “You can’t attack all the people in the program—some making a living, some trying hard—but to say that attacking the Army’s [TRADOC] HTS program is un-American is wrong. It’s leadership that has caused all these problems. If anything, questioning a program gone wrong is pro-American and pro-Army. Many want to see things done right. It’s a leadership problem! Much attention has been paid in the media to questioning team members’ qualifications, yet no one has questioned the qualifications of the program leaders.”

John Stanton is a Virginia based writer specializing in national security and political matters. His most recent book is Talking Politics with God and the Devil in Washington, DC. Reach him at [email protected]. This is Part II on the HTS program. Part I was titled US Army Human Terrain System in Disarray. Questions/comments concerning this article were sent by email to the US Army (TRADOC) HTS Program Public Affairs Office. Through no fault of their own, they could not meet the author’s accelerated deadline.