Cuba’s ailing leader Fidel Castro believes that his nation must neither explain nor apologize to the USA for a possible deployment of Russian strategic nuclear-capable bombers. 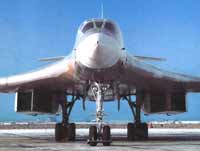 “Raul Castro was wise not to respond to reports about a possible deployment of Russian bombers on Cuban air bases,” Castro wrote in an article published on www.cubadebate.cu.

The USSR used to have a wide access to Cuban defense infrastructure. Many Cuban bases are still appropriate for the deployment of Russian troops. The Lourdes facility used to be the main symbol of USSR’s military presence in Cuba. The base was closed in 2001, when it was decided that it was too expensive for Russia to maintain it adequately. Russia had to pay about $200 million a year for the use of the base.

Lourdes was not just a defense facility. It was a symbol of the military unity between Russia and Cuba. The base had the same goal, which the USA is currently pursuing with its missile defense plans in Eastern Europe: to immediately register missile launches from enemy’s territory. Electronic intelligence was another major function, which the facility was fulfilling: the powerful equipment allowed to tap telephones all across the USA.

Located less than 100 miles from Key West, the facility covers 28 square miles. Construction began in July of 1962, and operations at the facility continue to this day.

At its peak during the Cold War, the facility was staffed by over 1,500 KGB, GRU, Cuban DGI, and Eastern Block technicians, engineers and intelligence operatives. In 2000, it was reported that China signed an agreement with the Cuban government to share use of the facility for its own intelligence agency.

In Washington, U.S. State Department Acting Deputy spokesman Gonzalo R. Gallegos said that American officials had received no official confirmation from the Russian government about the newspaper report, and was unaware of any U.S. efforts to directly contact Moscow about it.

"We continue to continue to work with the Russians on this issue," Gallegos said Tuesday, referring to talks aimed at explaining the U.S. government's missile defense plan. "We have consistently made it clear to them that our proposed deployment of a limited missile defense system in Europe poses no threat to them or to their nuclear deterrent."

Despite Cuba's one-time alliance with the former Soviet Union, it seems unlikely that Raul Castro would allow Russian bombers on the island and risk the ire of the U.S. government.

Raul Castro has been president only since February, securing a seamless transition from his brother, who ruled for nearly a half-century. He has repeatedly said he is willing to discuss the two countries' differences in talks held on equal terms with America's next president.

Soviet nuclear missiles stationed in Cuba during the height of the Cold War pushed the world to the brink of nuclear conflict on Oct. 22, 1962, after President John F. Kennedy announced their presence to the world. After a tense week of diplomacy, Soviet leader Nikita Krushchev removed them.