Ukraine’s NATO membership has become the talk of the day in the West. Many experts say that the NATO expansion eastwards will split Ukraine. However, this issue splits NATO itself, first and foremost. A senior member of the youth association of the Euro-Atlantic Cooperation, Natalia Boyarskikh, answered Pravda.ru’s questions on the matter. 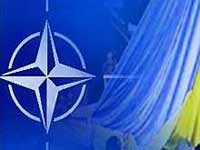 It seemed at first sight that the subject of Ukraine’s membership in NATO was closed when NATO refused to give the green light to both Ukraine and Georgia at the recent summit in Bucharest. However, the two countries found supporters in the face of the aging Lithuanian President Valdas Adamkus and Prime Minister Gediminas Kirkilas.

The head of the Lithuanian government was trying to persuade US Vice President Dick Cheney of the need to welcome Ukraine as a NATO member. The official did so despite the negative remarks from German and French officials which they sounded in Bucharest. In other words, Lithuania urged the USA to disregard the opinion of NATO’s key members and follow the directions of politically dwarfish states from the number of former Soviet republics with the only one goal – to annoy Russia.

In addition, the Lithuanian prime minister asked Cheney to compensate the Lithuanian army for its activities in Afghanistan. Mr. Kirkilas asked for several hundreds of millions of dollars. In return, he offered to expand the use of an air force base in Lithuania.

Cheney hurried to calm the frantic prime minister down. The US vice president stated that Russia could not dictate its conditions when it comes to the issue of NATO expansion. Dick Cheney added that they would return to the question in December 2008 at the meeting of NATO’s foreign ministers.

Germany has a completely different approach to the problem. Top politicians of this influential country are certain that one should not go on with the expansion of NATO because it threatens the internal unity of the bloc and undermines relations with Russia.

Many foreign experts believe that Russia may tear Ukraine apart if the latter becomes a NATO member. Russia may use the support of the Ukrainian population in the south of the country and snap off Ukraine’s Crimea, Sevastopol and Donbass.

German experts say that it would be extremely inadequate to annoy Russia and deploy NATO bases in Georgia and Ukraine. Russia keeps its air space open for NATO to support its forces in Afghanistan. On the other hand, Germany opposes to Ukraine’s and Georgia’s membership in the bloc without deploying army bases on the territories of the two countries. To crown it all, Germany is concerned about a possibility for the USA to considerably strengthen its influence in the region.

Germany , as a key member of the alliance in Europe, believes that one should not accept new and unprepared states in the bloc, but strengthen the structure of the bloc instead.

Indeed, neither Ukraine nor Georgia is prepared to join NATO.

“The talks about Ukraine’s membership in NATO do not cost a thing. This country is not ready for it. Ukraine has not gone through several stages of incorporation in the bloc as its charter stipulates. Moreover, it is far from being close even to the first stage,” Natalia Boyarskikh said.

“Ukraine has to execute preliminary instructions on its entire territory. This has not been done in some of Ukraine’s regions, especially in the east. Therefore, it will not be possible to make Ukraine a NATO member, no matter if someone wants it or not,” the specialist said.

If the above-mentioned politically and geographically dwarfish states do not settle down with their obsession to annoy Russia, Germany will simply use the veto right. Germany will not let anyone undermine its advantageous relations with Russia.