Japan still unable to cut national suicide rate with over 33,000 deaths a year

Depressions, ailments and debts are three major problems that push people to committing suicide in Japan. The largest number of suicides occurs among Japanese men over 40. More than 33,000 people committed suicide in the land of the rising sun in 2007, which was 2.9 percent higher than in 2006. 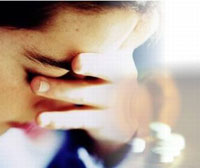 Japan still unable to cut national suicide rate with over 33,000 deaths a year

Japan has been having a problem with decreasing the national suicide rate for ten years in a row. The rate still remains above the level of 30,000 deaths.

A half of self-murderers committed suicide in a state of depression, because of serious illnesses or large debts. The number of such people was the largest in Yamanashi Prefecture, which had the rate of 39 suicides per 100,000 people.

Japanese men commit suicides more frequently than Japanese women - 71 percent, many of them are unemployed – 57.4 percent. About 24,000 of self-murderers were over 40.

The Cabinet of Minister of Japan officially undertook to cut the suicide rate by 2016 by more than 20 percent (6,000 people).

The land of the rising sun leaves the majority of industrially developed countries behind in terms of the number of suicides as opposed to the population size.

The predominant view of modern medicine is that suicide is a mental health concern, associated with psychological factors such as the difficulty of coping with depression, inescapable suffering or fear, or other mental disorders and pressures. Suicide is sometimes interpreted in this framework as a "cry for help" and attention, or to express despair and the wish to escape, rather than a genuine intent to die. Most people who attempt suicide do not complete suicide on a first attempt; those who later gain a history of repetitions are significantly more at risk of eventual completion.

Studies show a high incidence of psychiatric disorders in suicide victims at the time of their death with the total figure ranging from 98% to 87.3% with mood disorders and substance abuse being the two most common. In schizophrenia suicide can be triggered by either the depression that is common with this disorder, or in response to command auditory hallucinations. Suicide among people suffering from bipolar disorder is often an impulse, which is due to the sufferer's extreme mood swings (one of the main symptoms of bipolar disorder), or also possibly an outcome of delusions occurring during an episode of mania or psychotic depression. Severe depression is considered a terminal illness due to the likelihood of suicide when left untreated.

National suicide rates sometimes tend to remain stable. For example, the 1975 rates for Australia, Denmark, England, France, Norway, and Switzerland were within 3.0 per 100,000 of population from the 1875 rates. The rates in 1910–14 and in 1960 differed less than 2.5 per 100,000 of the population in Australia, Belgium, Denmark, England and Wales, Ireland, Japan, New Zealand, Norway, Scotland, South Africa, Spain, Sweden, and the Netherlands.

National suicide rates, apparently universally, show a long-term upward trend. This trend has been well-documented in European countries. The trend for national suicide rates to rise slowly over time might be an indirect result of the gradual reduction in deaths from other causes, i.e. falling death rates from causes other than suicide uncover a previously hidden predisposition towards suicide. There may also be an explanation in the reduced stigma attached to survivors as suicide is no longer considered a crime or a sin. This may allow coroners to record more suicides as such and so increase stats.

People who commit suicide may not always be suffering from depression or despair. Some people may kill themselves for the purpose of experiencing life after death, or have a different existential, religious or philosophical motive. This points out that views of suicide are individually and culturally subjective.

In the Warring States Period and the Edo period of Japan, samurai who disgraced their honor chose to end their own lives by seppuku, a method in which the samurai takes a sword and slices into his abdomen, causing a fatal injury. The cut is usually performed diagonally from the top corner of the samurai's writing hand, and has long been considered an honorable form of death (even when done to punish dishonor). Though such a wound would be fatal, seppuku was not always technically suicide, as the samurai's assistant (the kaishaku) would usually stand by to cut short any suffering by quickly administering a fatal cut to the back of the neck (just short of decapitation), sometimes as soon as the first tiny incision into the abdomen was made.