A closer look into biographies of several European leaders makes one wonder how people with such ill reputations have made it to the top. Viktor Yushchenko, Mikhail Saakashvili, Nicolas Sarkozy, prime ministers of the Czech Republic and Kosovo Miroslav Topolanek and Hashim Thaci - they all have common personal qualities. More importantly, all of them are loyal allies of the USA. It seems that the USA is strongly attracted to such people. Deputy Director of the Institute of the USA and Canada, Viktor Kremenyuk, expressed his opinion on the issue in an interview with Pravda.ru. 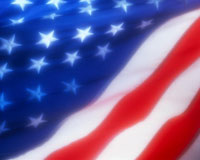 When you read biographies of European or CIS leaders, you may recall the words which robbers usually say: “It’s not us, it’s life.” Taking into consideration the fact that those leaders receive support from the USA, a question arises about the criterion to support those who would never be allowed to stay in a decent society in the past.

Supposedly, such people are easy to control due to compromising materials. The greater the scandal, the shorter the leash that keeps this or that politician. Suspicious politicians can be used to implement someone else’s plans. Unfortunately, recruits of this “movement” are used against Russi.

For instance, Viktor Yushchenko became the President of Ukraine under questionable circumstances. It is not quite clear what happened to his first wife and whether his father was a Nazi policeman. But unpleasant incidents that happen to his son from the first marriage are well known. However, it is obscure how the young man got an expensive BMW vehicle with Czech numbers. It is not a secret that Yushchenko’s second wife is a former employee of the US Department of State.

As for politics, Yushchenko is ready to remove the Russian Fleet from Sevastopol and even destroy it in order to satisfy his masters. Or he can divide the country in three parts by his policy as president of Ukraine . Similar results were achieved by Iraqi leaders alone who cannot do it for five years under the guidance of US Secretary of State Condoleezza Rice.

Georgian President Mikhail Saakashvili is the niece of a former KGB officer, Timur Alasania, who lives in the West now. There are numerous legends about Saakashvili’s love life. His Dutch wife Sandra Roulovs reportedly wanted to break up with him because of his conjugal infidelity. But she changed her mind because the information about his infidelity was not formally confirmed. Anyway, Georgia saw several cases when party or government leaders used their position to satisfy “growing needs of Soviet people”.

The most important issue is politics where Washington cannot dispense with Saakashvili. He will do anything to keep his power and to spite his neighbours. Russia is the first on his list.

As soon as Czech Prime Minister Miroslav Topolanek took office, he filed for divorce and started an affair with his party co-worker. That would be a storm in a teacup, but the missile system issue put the Czech Republic out of political ‘non-existence’. ‘Hooliganism’ has its roots and aftermath. There is one step from common dissipation to the treachery of national interests. This step was made.

Due to Topolanek’s maniacal persistence to deploy elements of the US missile defense system, Russia will aim its ballistic missiles on the Czech Republic and the whole Europe . These are good prospects for Old Europe that kept the balance of forces for decades and managed to preserve itself even during the Cold War. He even refused to acknowledge Kosovo despite the attitude of President Vatslav Klaus and most deputies of the parliament, to say nothing about the people.

However, Old Europe has its own skeleton in the cupboard – French President Nicolas Sarkozy. His ostentatious personal life overshadowed France’s national problems. The French will remember Charles de Gaulle who did not venture a tenth part of Sarkozy’s escapades, including politics: in a year of his presidency ‘the man of the world’ deprived Paris of independence from the USA.

However, the above-mentioned personalities pale in comparison with Kosovo’s Prime Minister Hashim Thaci. The Hague Tribunal Prosecutor, Carla Del Ponte, who takes no liking to Serbia , charged Thaci with trafficking human organs of the slaughtered Serbs, and the Western press directly reported on his contacts with drug mafia.

Moreover, the Kosovo case is a bomb that will explode the whole Europe and maybe some regions of the world and there will be a possibility to say that this phenomenon is run by a mob. But it is not funny any longer. This is an occasion to speak about the degradation of political systems that trigger the disintegration in the society. Restoration of moral standards in this society is still up in the air.

Each country has its various cultures, temperaments and traditions. But in politics they are united by one thing – decay. Peoples have nothing to do with it; they are just observers in this game. Leaders become petty under the influence of Washington . Petty politicians are capable of doing only one thing – to spite their neighbours.

Deputy Director of the Institute of the USA and Canada , Viktor Kremenyuk, told Pravda.ru which political personas can be considered US proteges.

“This attitude is not quite right;it is just an attempt to cast suspicion on the US-led foreign policy. I realize that the US foreign policy is neither a kindergarten nor an institute for noble maidens. Nonetheless, Americans respect their legislature and have strong public morals and religious principles.

“Most suspicious-looking personalities appeal to the USA for support and believe that they could serve the USA and the US administration will back them up in response. During the Cold War they followed a well-known principle. Formerly it was: “Somoza is a scoundrel, but he is our scoundrel.” Currently it is: “We know that Hashim Thaci is a scumbag, but he is our scumbag.”

“Now the USA tries to evade it, because there is no need to support anybody. First of all, it was caused by the apprehension that if we do not support a leader, he will appeal to our opponents. But such a situation does not exist at present - he will not go anywhere. Americans realize it and try to be realistic. There are no other leaders in the world and the USA has to cooperate with leaders of low repute. The USA deals with them out of necessity, but it never bows and scrapes before them.

“The things are much the same with Saakashvili. No matter what they say about him in Moscow or any other place, he was elected by the Georgian people and the USA has to treat him properly. However, with Thaci it is still vague.”