Secretary General of ANC: Xenophobia is a crime

May 25th is Africa Day. This marks the day that we, as Africans celebrate the formation of the Organisation of African Unity, the predecessor of the African Union. Today the African Union is an instrument to unite all the people of Africa both politically and economically. On Sunday we will wake up in this country and celebrate the victories our forebears have had over colonialism and Apartheid. 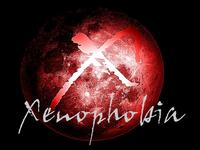 Secretary General of ANC: Xenophobia is a crime

Many of us, including myself, will think of the kindness we received in the poorest communities of Angola, Mozambique, Zimbabwe, Zambia, Tanzania, Nigeria and many other African States. We will recall that our neighbours were collectively punished by the Apartheid regime for harbouring the cadres of the ANC. We will remember that our children were given spaces in overcrowded schools in remote rural villages, and when we were injured and ill, the hospitals of many African countries nursed us back to health.

Above all, when we wake up on Sunday morning we will remember that we are Africans. We will celebrate the fact that the African continent entrusted its Parliament, the Pan-African Parliament, to South Africa, which is located in Midrand, not far from one of the scenes of the horrendous attacks on South Africans and Foreign Nationals, which are our brothers and sisters from this continent.

It is on Sunday that we will go to church and bow our heads in prayer and many of us will pray for those who have been murdered, raped, injured, possessions looted, homes destroyed and displaced. Many of us will have taken from our own meagre resources to assist the people who fled to police stations for safety. We cannot but conclude that an injustice and crimes of a serious nature have been committed against fellow Africans, here in South Africa. To date 42 souls have been lost. Somewhere out there, somebody's mother, father, sister, brother, husband, wife, son or daughter will no longer come out to greet them.

In Alexandra, Tembisa, Thokoza, Reiger Park, along Jules Street in Johannesburg and in the city itself, homes and businesses have been looted and burnt. A shameful pogrom, ill informed and angry with people whom they perceive to be robbing them of their right to services. Is this the truth? The same mob that accused people of being criminals acted in the most obscene of criminal ways.

There is no room for this behaviour in our country ever; there is no reason that compels us to behave in this atrocious manner. For this reason we support the deployment of the SANDF to the effected areas, to do no more than support the police in rooting out the criminals who inspired these acts of barbarism.

We call on all anc members to:

To spring into organised action.

Give support to the police

Form the street committees and take the streets back from criminals.

Give comfort and support to all who have been displaced and lost all their wordly goods.

There is no doubt that overcrowding and poverty has a hand to play in how people will react when they feel hard done by.

We have work to do comrades and friends.

We have to work hard to ensure that we root out corruption of the nature that robs us of our humanity. Many people have taken occupation of more than one RDP house and sell their houses instead of living in them. We must put a stop to this practice and expose all who are corrupt.

Our policies are not at fault, the policies of the ANC seek to fight poverty and to provide services to the people. We have to ensure that we do the job that needs to be done to make delivery efficient and effective.

We call on all public representatives and civil servants, to make our country work for all who live in it.

Let us fight crime and corruption and work together to build this unique nation.

On sunday 25 May, let us take the lead wherever we are to ensure that we celebrate africa day as fellow africans and condemn xenophobia for the henious crime that it is.

Let us support the police in their work they must do to rid our streets, hostels and informal settlements of criminals

** Gwede Mantashe is Secretary General of the ANC.