Too Little, Too Late for Hillary

Results are in for the West Virginia primary. With 100% of the precincts reporting, the tally was as follows: Clinton 67% (20 delegates) and Obama 26% (8 delegates). On the Republican side, McCain 76% (9 delegates), Huckabee 10%, Paul 5%.. The results are as predicted since the state is primarily comprised of the sort of voters that Clinton has been drawing: white, low income and less educated. 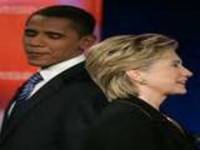 Too Little, Too Late for Hillary

Under pressure from some to withdraw from the race, Clinton has insisted that West Virginia, where only 28 delegates were at stake, is a key state in the fight for the White House. Clinton currently trails across all fronts -- super delegates, pledged delegates and the popular vote.

Meanwhile, former Republican Representative Bob Barr formally jumped into the White House race Monday as a candidate for the Libertarian Party's presidential nomination. Barr, at one time favored by conservatives because he led the impeachment fight against former President Bill Clinton, said he is running because voters want a choice beyond the two political parties.

"They believe that America has more and better to offer than what the current political situation is serving up to us," he said Monday at the National Press Club in Washington. "The reason for that is very simple, they believe in America as I believe in America. We believe in an America that is not and should not be and should never be driven by fear as current policies on behalf of both parties are in this country."